K Meghachandra questioned why the base year has not been specified yet even after implementing the Inner Line Permit System (ILPS) in Manipur. The statements made by JP Nadda lack vision and do not have future prospects, he added. 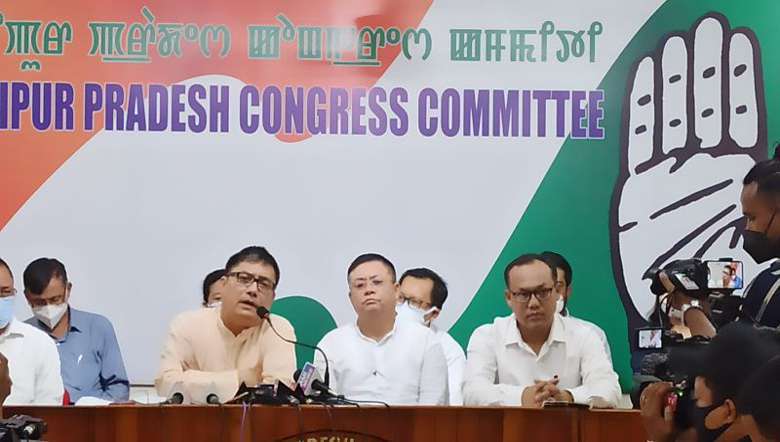 Manipur Pradesh Congress Committee (MPCC) working president K Meghachandra on Sunday said that the allegations made by BJP president JP Nadda against the Congress party for corruption, commission and criminalisation are false and baseless.

He was speaking in a press briefing held at MPCC office in response to the allegations raised by the national BJP president against the Congress party.

Whether the BJP government is corrupted or not is known by the employees of departments concerned or the contractors who are doing the development works, he said.

“We have come across the BJP government charging three per cent out of the funds released by the Finance department from the whole budgets sanctioned for every development works. If the BJP claims that they do not follow such practices, then they must issue a clarification,” he said.

He mocked JP Nadda’s statement that ‘the BJP-led government has inked a new chapter of development in Manipur’s history’ by saying that development works or schemes come to the state every year.

Meghachandra also questioned why the base year has not been specified yet even after implementing the Inner Line Permit System (ILPS) in Manipur. The statements made by JP Nadda lack vision and do not have future prospects, he added.

MPCC president Hemochandra said that the allegations and charges raised against the Congress party by the national BJP president are misleading. Many of the works that have been started by the Congress party during its terms but they were merely completed by the BJP. No new works or new ideas were introduced by the BJP government. It is very shameful to claim that many developments took place during the four-and-half years of the BJP government.

He said peace and harmony prevailing in Manipur at present were already achieved by the Congress party and BJP is taking credits. Construction of toilets in the state have been completed 90 percent during congress government, then how come 2.6 lakhs toilets constructed in the state again during BJP government, Irengbam Hemochandra asked.

“Why did the national president of BJP only make allegations against the Congress party and left without announcing any new visions or developmental goals of the state” Hemochandra questioned.

Replying to a query, MPCC president N Loken said that those who had left Congress for their own benefits have caused no loss for the party. Businessmen will see benefits or profit in elections but may face regrets in the end,” he added.