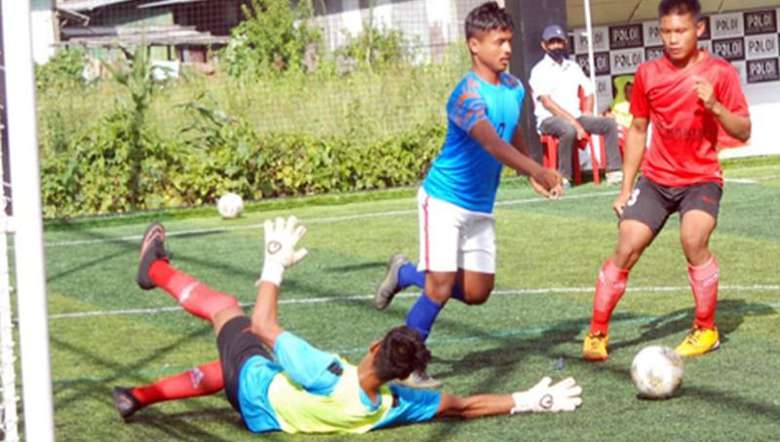 With the completion of the league round, Classic Football Academy, Chingmeirong will take on SSC Porompat in the first semi final of 1st Col Ksh Arunkumar Memorial Futsal Tournament 2021 on Monday  at 1 pm at Poloi Artificial Turf, Chingarel Tezpur.

The tournament featured 13 teams and only the top four teams from each group qualified for the semi final matches.

The second semi-final will be played between Rising Athletic Union, Lairikyengbam Leikai and Football Club Lamjao, Kakching at 3 pm.

The last league match between Youth Organisation Sporting Club, Khurai and Kwasiphai Youth Volunteer Organisation, Bishnupur was of academic importance only as FC Lamjao, with an all win record had emerged on top from Group D.

The KYVO relied on S Dhanchandra, who scored a hattrick goal and Deepak Laishram chipped in with one goal but could not save the match on Monday.