Headmaster in-charge of Saiton Government High School N Iboyaima Singh said that the number of students’ admission in the school is decreasing due to inadequate strength of teaching faculty. 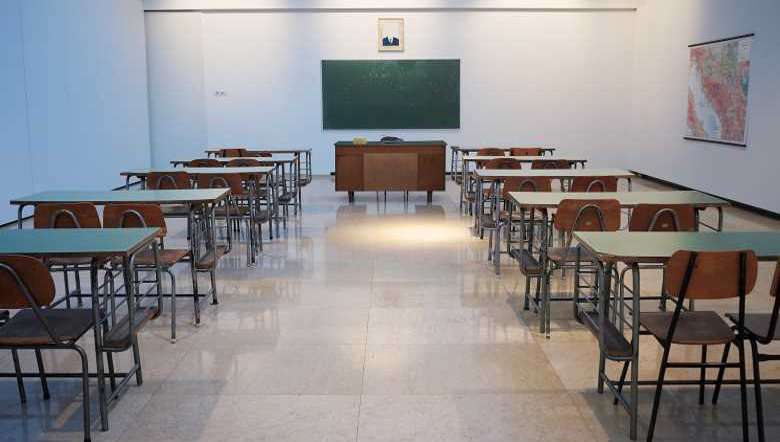 The construction of teachers’ quarters inside the Saiton Government High School campus, which was started in 2016 was found incomplete during an inspection of the school conducted by the Socialist Students' Union of Manipur (SSUM) on Wednesday.

Speaking to the media, SSUM president S Yaima said teachers who are mostly from Imphal are unable to take classes punctually as there is no quarter facility.

"It is unfortunate that the contractor of the teachers’ quarter construction had misused the government funds. As per official report, the contractor had already collected the first and second instalment amount (Rs 9,94,790 as first instalment and Rs 13,69,000 as second instalment). However, as per the present condition of the quarter, it seems to have completed only the foundation part of the construction, Yaima said.

Expressing discontentment against misuse of funds in the name of education, Yaima said that the contractor, Tiken should give clarification to the public regarding the five years delay in construction of the quarter and inappropriate use of the funds.

Regarding the deteriorating condition of the school, the SSUM president drew the attention of the state government to focus on such schools located in far-flung villages while implementing their 'School Faghathansi Mission'.

Meanwhile, headmaster in-charge of the school N Iboyaima Singh said that the number of students’ admission in the school is decreasing due to inadequate strength of teaching faculty.

The present strength of students in the school is 68 and there are only two regular teachers and four utilised teachers from Sarva Shiksha Abhiyan (SSA), Singhsaid.

Apart from the inadequate number of teachers, the school located at Saiton village of Bishnupur district has only five classrooms. Moreover, there is no laboratory and library and the infrastructures of the school, including the school buildings are all outdated as it was built in the 1970s, he added.

On the other hand, the teachers, who are mostly from Imphal, are unable to attend the class regularly as it takes almost three hours to reach the school from their residences, he further informed.