The irate students tried to lock the office of Education (U) at Keishampat Netiyapat Chuthek, but a team of police blocked them. 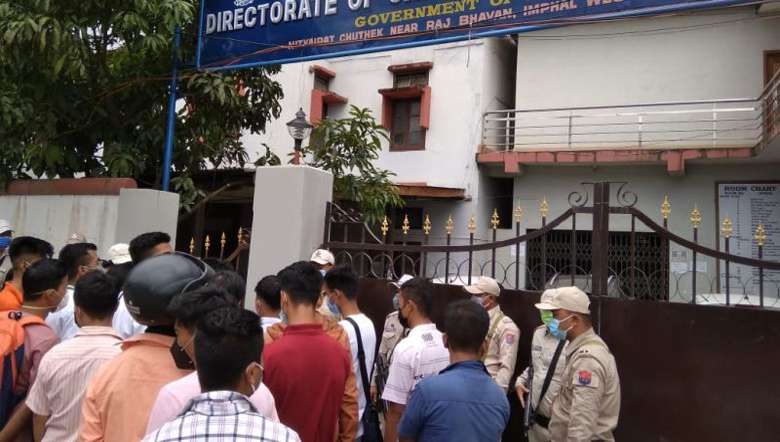 Students of 12 colleges in Manipur, distressed over failure to reduce college admission fees, stormed the Education (U) office in Imphal on Monday and threatened to carry out a protest.

The irate students tried to lock the office of Education (U) at Keishampat Netiyapat Chuthek, but a team of police blocked them. Imphal West SP S Ibomcha rushed to the spot and allowed two student leaders to hold talks with the officials.

Condemning the hike in admission fees during the pandemic period, student union general secretary O Premdason told mediapersons that it was “very unfortunate” that the commissioner and the director of education (U) are not reducing the admission fee for students.

He also said that the present education minister failed to understand the sentiment of the students.

Since September 12, colleges in the state remain closed over the issue of increase in admission fee. However, the education minister and commissioner of education (U) are not willing to decrease the admission fee, he said.

If the students' demand for reduction in college admission fee is not met, they will carry out agitations, he added.