Around eight-ten suspected Churachandpur police personnel who came in two cars, a red and a white, without any number plates allegedly opened fire at Zoar Veng, Bungmual, Churachandpur on Tuesday night 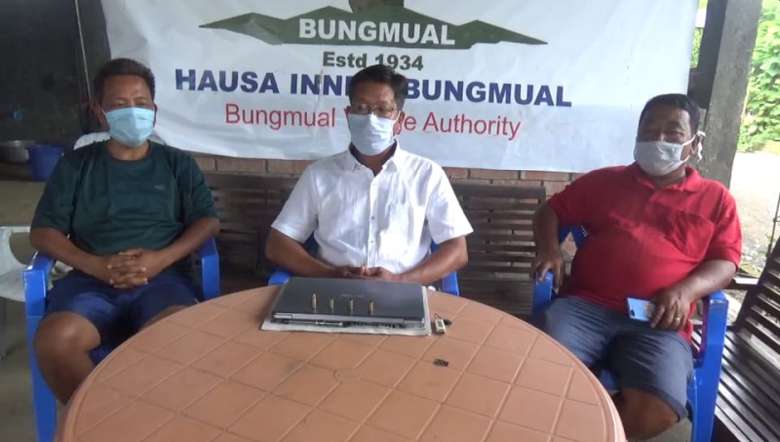 Around eight-ten suspected Churachandpur police personnel who came in two cars, a red and a white, without any number plates allegedly opened fire at Zoar Veng, Bungmual, Churachandpur on Tuesday night, causing panic among the residents of the locality.

In this regard the village authority, YPA and Bungmual Youth Club in a joint condemnation stated that they failed to understand the reason and intention behind the senseless acts of the arm bearing policemen in civil dress who indiscriminately opened fire at Zoar Veng.

Three empty cartridges and one live round were found from the spot. The items were displayed at the residence of Bungmual village chief H Mangchikhup.

The joint condemnation stated that after creating much panic and confusion, the policemen who left the scene ironically released V Chinzason located adjacent to D Phailian village.

The joint condemnation also stated that they strongly condemn the act of the policemen  and urged to refrain from creating such panic, recalling the incident of burning down one Maruti Gypsy and an AK -47 rifle on September 22, 2013 belonging to Assam Rifles for such misadventure.

According to an eye witness, the incident was led by two SI of Churachandpur in civil dress. The team reportedly came to arrest a Rhino poacher from Assam. The policemen allegedly revisited the place and admitted that the firing was random and should not have happened. However, the police official on Tuesday night categorically said that the police were not involved.