Fernandes was admitted to Yenepoya Hospital in Mangaluru on July 19 after he suffered injuries in an accidental fall while doing his regular exercise. 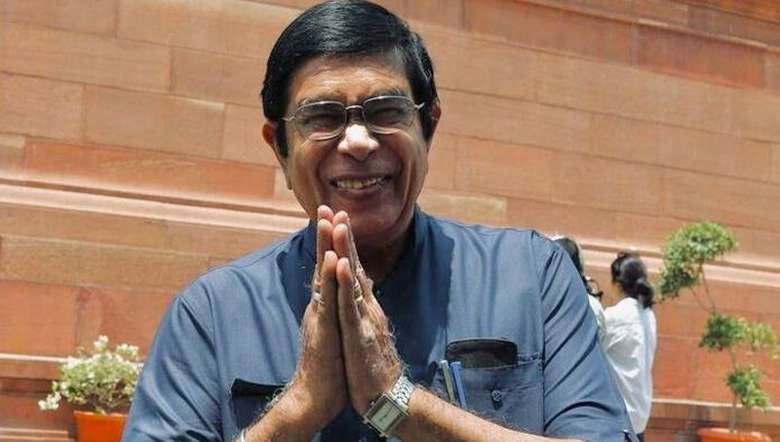 Veteran Congress leader and Rajya Sabha MP Oscar Fernandes passed away at a private hospital in Mangaluru, Karnataka on Monday. He was 80.

Fernandes was admitted to Yenepoya Hospital in Mangaluru on July 19 after he suffered injuries in an accidental fall while doing his regular exercise.

Condoling the death of the party stalwart, the Congress tweeted, "We are deeply saddened by the demise of Shri Oscar Fernandes ji, our heartfelt condolences to his family. A Congress stalwart, his vision for an inclusive India had a huge influence on the politics of our times. The Congress family will deeply miss his mentorship & guidance".

"My heartfelt condolences to the family and friends of Shri Oscar Fernandes Ji. It is a personal loss for me. He was a guide and mentor to many of us in the Congress Party.  He will be missed and fondly remembered for his contributions," Rahul Gandhi tweeted.

"Saddened by the demise of Rajya Sabha MP Shri Oscar Fernandes Ji. In this sad hour, my thoughts and prayers are with his family and well-wishers. May his soul rest in peace: PM," the PMO tweeted.

Union Health Minister Mansukh Mandaviya tweeted, "Saddened to hear about the demise of Shri Oscar Fernandes. My deepest condolences to his family, friends and followers in this hour of need. May his soul rest in peace,"

Fernandes was the Union Minister for Transport, Road and Highways and Labour and Employment in the UPA government.

Born on March 27, 1941, in Udupi district, Fernandes began his political career as a municipal councillor in 1975-76. He was elected to the 7th Lok Sabha in 1980 from Udupi constituency.

The five-term Lok Sabha MP was nominated to the Rajya Sabha by the Congress after he lost the 1999 Lok Sabha elections.