The minister said that starting an SHG is a way of entrepreneurship. A person getting a government job can run only a family, however, becoming an entrepreneur will provide livelihood to many families. 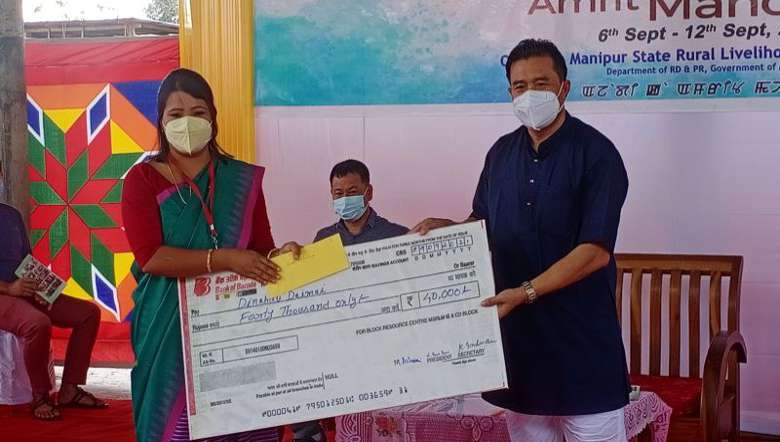 Establishment of Self Help Group (SHG) is a great initiative to women empowerment and to generate income among the population inhabited in rural areas, said Rural Development and Panchayati Raj Minister Th Biswajit on Thursday.

The minister said that starting an SHG is a way of entrepreneurship. A person getting a government job can run only a family, however, becoming an entrepreneur will provide livelihood to many families.

Elaborating on the steps and efforts taken by the state government to strengthen the SHGs of Manipur, he said that however running the SHGs also depends on the dedication and hard work of its members.

He also suggested that undertaking capacity building and skill development programmes for SHGs under different departments and improving the quality of packaging will enhance the value of their products in the market.

Speaking about the Mission for Economic Empowerment of Traditional Artisans and Craftsmen (MEETAC) and its importance for the SHGs, Biswajit asked the SHG members to contact MEETAC and to look for ways to enhance the value of their products.

Coming to the observance of the Azaadi Ka Amrit Mohotsav, he said that it is a way to inherit the future generation from the progressive India and the glorious history of its people, culture and achievements.

With more participation of the general public in the various initiatives taken by the government, the country is moving forward to development and becoming self-reliant, which is the vision of Prime Minister Narendra Modi, he added.

During the observation, 44 SHGs were provided loans and a cash award of Rs 1 lakh for ‘Best Performing SHG Award’ was also conferred to a group from Sawombung Block.