Urban health centre to be set at Sagolband AC in 2022

The identification of site for construction of the health centre is under way and foundation stone would be laid shortly, RK Imo informed. 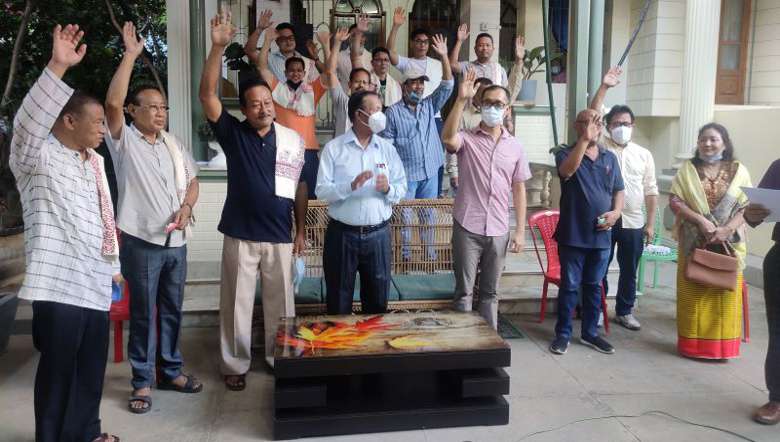 (PHOTO: IFP)
The foundation stone of an urban health centre to be set up next year under Sagolband assembly constituency will be laid shortly, said MLA of Sagolband AC RK Imo on Tuesday.

The MLA made the announcement during the felicitation programme of newly joined members of Sagolband Constituency Progressive Committee held at his residence at Sagolband Bijoy Govinda.

He said that people of the assembly constituency have been facing many inconveniences in dealing with health issues due to the absence of an urban health centre. Conducting COVID-19 vaccination programme in the makeshift centre at Sagolband Bijoy Govinda with so much of adjustment was one such example that showed the need of having at least one urban health centre in the area.

Concerning the water shortage issue in the assembly constituency, he informed that construction of a water tank at Tera Boys School has almost completed and it will be ready by November.

Declaring his stand on joining a political party as he is no longer in Congress party, he said that it is yet to decide which political party he will be joining. The decision would be taken in consultation with the people of the assembly constitution.

"Along with the public of Sagolband AC, we will observe which one will be beneficial either formation of a new party or joining other political parties. If there is any like-minded political party that will support the development of the assembly constitution, we may opt to go together. If not, a new party may be formed. At present, I am focusing on pending works to be completed which are still left behind due to hindrance given by the pandemic," said the MLA.