The striking associations and the state government signed an agreement on increasing dearness allowance/dearness relief (DA/DR) of the employees. 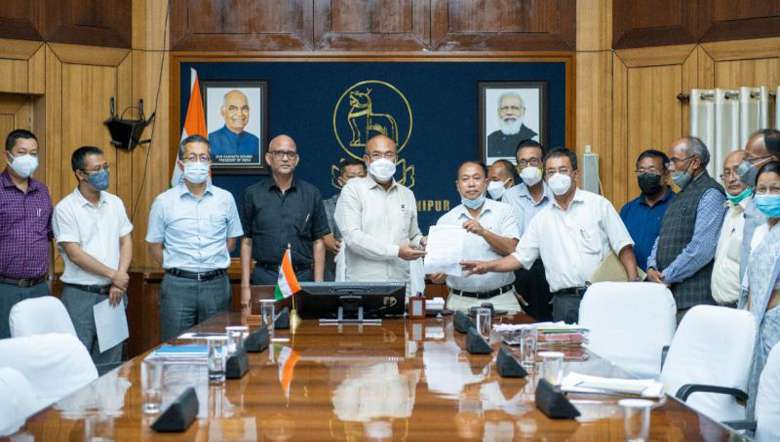 Following an invitation from the chief minister, a meeting with the representatives of the employee bodies was held and their demands were discussed under the chairmanship of Chief Minister N Biren Singh. Deputy Chief Minister Y Joykumar, chief secretary, principal secretary (GAD), special secretary (DP) and other officers also witnessed the signing of the agreement.

In the meeting, the state government agreed to form a committee to look into the matter for subsequent DA/DR increases. The state government also agreed to examine and decide the various demands raised by the employee bodies. With the agreements signed, the MGSF, MSSA and the MSDA agreed to call off the cease-work strike with immediate effect.