Congress MLAs inducted in HAC have resigned from committee: Ibobi 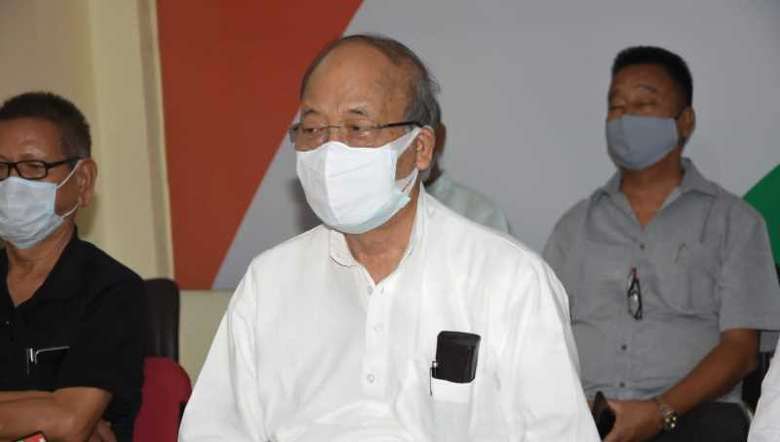 Congress Legislature Party (CLP) leader Okram Ibobi Singh on Saturday announced that the three Congress MLAs who were inducted as new members of Hill Areas Committee (HAC) have resigned from the committee membership.

The announcement comes barely two days after the Speaker issued an order inducting the Congress MLAs along with five others as new members of HAC. The Congress MLAs are K Meghachandra, Kh Joykisan and MPCC interim president N Loken.

Briefing the media on Saturday at Congress Bhavan, Imphal, Ibobi said the decision to withdraw from the membership of HAC was taken in the larger interest of the people.

“After consulting legal experts and high commands of the Congress leaders, we came to a conclusion that such order to induct eight MLAs into the HAC must be withdrawn immediately in the larger interest of different communities in the hills and the valley,” said Ibobi.

Ibobi said the members of the party, including the MPCC president must have given their consent to become members of the HAC since there are a few tribal pockets in the assembly constituencies in the valley.

However, after consulting the party leaders at the Centre, it was decided the MPCC members who were inducted as members of HAC should resign, he added.

The former chief minister also appealed to the Speaker of Manipur Legislative Assembly to revoke the order in the larger interest of different communities residing in the state. He said MPCC members were surprised and confused after learning that eight MLAs were also inducted as members of the HAC in addition to the existing 20 members.

“The Congress party has no intention of taking political mileage. But as a responsible opposition party, it should also make a stand since the public and the media as well have been eager to know the stand of the Congress party regarding the matter,” said Ibobi.