A book on Panditraj Atombapu entitled ‘Doyen of Journalism in Manipur’ and his many contributions to the state were highlighted at the event. 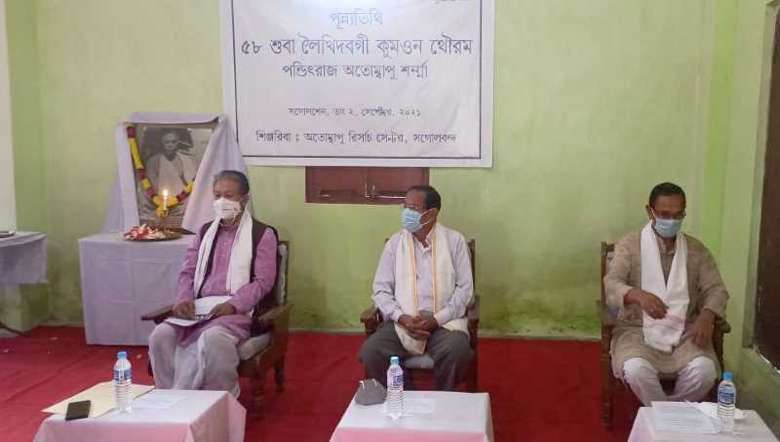 The 58th death anniversary of Panditraj Atombapu, who launched the first newspaper in Manipur called the Dainik Manipur Patrika in 1933, was observed in Imphal West on Thursday.

The Atombapu Research Centre organised the death anniversary function at its office at Sagolband Meino Leirak in Imphal West and paid floral tributes to the departed soul.

Panditraj Atombapu, considered the 'Doyen of Journalism in Manipur', was a Sanskrit scholar and played a major role in the development of Sankirtan movement in Manipur, and authored several books.

A book on Panditraj entitled: Doyen of Journalism in Manipurwas highlighted by function chief guest BB Sharma, retired IIS. He said that Panditraj Atombapu had contributed to the society by promoting journalism, politics, arts and culture and others aspects of Manipur. To support the great contributions made by Atombapu, the Atombapu Research Centre needs to be revived, he added.

Many books of Panditraj Atombapu were burnt when a fire broke out at Manipur State Library, said Kshetra Karyavah RSS, Assam, Kh Rajen, who attended the function as guest of honour.

However, some books written in Bengali scripts are still in the custody of some people. Those books need to be transcribed into Meitei Mayek script so that the upcoming youths can read them, he added.