Prime Minister Narendra Modi condoled the death of Chandan Mitra and said that he will be remembered for his intellect and insights. 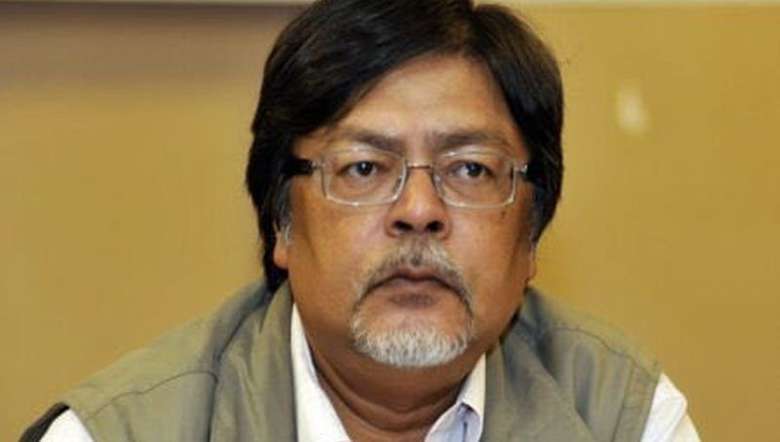 Chandan Mitra, former Rajya Sabha Member of Parliament and journalist has passed away, family sources said. He was 66.

"Since it is already out there; Dad passed away late last night. He had been suffering for a while," tweeted his son Kushan Mitra.

Many took to Twitter to offer their condolences over the demise of Mitra.

Expressing grief over the demise of former Rajya Sabha Member of Parliament and journalist Chandan Mitra, Prime Minister Narendra Modi condoled the death and said that he will be remembered for his intellect and insights.

"Shri Chandan Mitra Ji will be remembered for his intellect and insights. He distinguished himself in the world of media as well as politics. Anguished by his demise. Condolences to his family and admirers. Om Shanti," Modi said in a Twitter post.

President Ram Nath Kovind tweeted, "Shri Chandan Mitra was an outstanding journalist and his stint as a parliamentarian added to his reputation. His understanding of Hindi heartland and its history was profound. His demise leaves a void in Indian journalism. My heartfelt condolences to his family and friends,"

"Dr. Chandan Mitra was known for his deep knowledge, sharp writings and contributions towards journalism and politics. Deeply anguished by his passing away. My thoughts are with his family and admirers in this hour of sadness. Om Shanti," Singh said in a tweet.

Expressing shock and sadness over the demise of Chandan Mitra, Union Law Minister Kiren Rijiju said he will always cherish the friendship and all those memorable moments that they had shared.

"I'm shocked and deeply saddened to hear the demise of dear old friend Chandan Mitra Ji, a renowned senior journalist & politician. I'll always cherish our friendship and all those memorable moments that we had shared for long time. My deepest condolences to his family," Rijiju tweeted.

Expressing his grief, Rajya Sabha MP and friend of Chandan Mitra, Swapan Dasgupta tweeted, “I lost my closest friend—editor of Pioneer & former MP Chandan Mitra—this morning. We were together as students of La Martiniere & went on to St Stephen’s & Oxford. We joined journalism at the same time & shared the excitement of Ayodhya & the saffron wave."

Dasgupta also further tweeted a photo of Chandan Mitra and him togther during their school trip in 1972 and said, "Be happy my dear friend wherever you are. Om Shanti."

Chandan Mitra was former editor and managing director of The Pioneer newspaper in Delhi. He was nominated as a member of the Rajya Sabha during August 2003 to August 2009. He was elected to another term in the Rajya Sabha, as a Bharatiya Janata Party MP from Madhya Pradesh, in June 2010. He joined the All India Trinamool Congress in 2018.