The Manipur CM informed that there are enough oxygen plants, hospital beds, manpower and equipment. 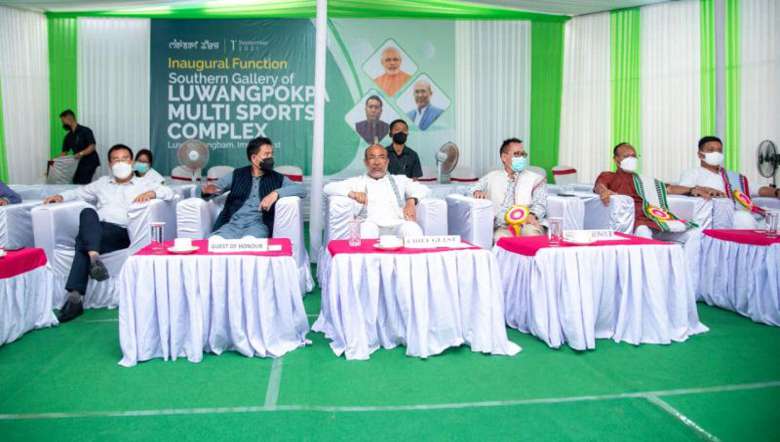 Manipur Chief Minister N Biren Singh while mentioning that health infrastructures had seen a huge progress in the recent past, said that the state is fully prepared to deal with the impending third wave of COVID-19 as there are enough oxygen plants, hospital beds, manpower and equipment.

He further said that the 200-bedded COVID hospital developed by DRDO is ready for inauguration. He also announced that Rs 20 lakh would be awarded to Jiribam for becoming the first district which has achieved 100 per cent vaccination.

He was speaking at the inaugural ceremony of two bridges and the southern pavilion of Luwangpokpa Multi Sports Complex, Luwangsangbam in Imphal East district on Wednesday.

The bridges were constructed over the Imphal River at Lairikyengbam Leikai-Heikrumakhong and Keisham Mapa-Kairang in Heingang assembly constituency under the PMGSY scheme. Construction of both the bridges began in March 2019.

On the other hand, the southern pavilion of Luwangpokpa Multi-sports Complex was constructed with NLCPR funds of DoNER Ministry (NLCPR) with the State Water Resources department as the implementing agency.

Addressing the gathering, Chief Minister N Biren Singh said that the multi-sports complex could become a reality as the elders of the locality protected enough land for it with their farsighted vision. He added that there is still enough space for further expansion and development of the complex. Remembering the early tough days towards developing the complex, the chief minister said that development of the complex began with just Rs 1.40 crore.

Regarding distribution of fertilisers, the chief minister assured that all the eligible farmers would definitely get fertilisers soon. As distribution is done through the rules laid down under official procedures, it is not possible to make them available to all the farmers at one time, he said while adding that every eligible farmer would get their share soon.

Speaking at the occasion, Th Biswajit Singh said that the younger generation inherited sports culture from the visionary forefathers, who had preserved local grounds. “Today, we are able to dedicate this large playground to our youth due to the visions of our forefathers who preserved the ground,” he continued.

He said, “We should not only celebrate our Independence Day, but also commemorate it and therefore, we are celebrating the 75th year of Independence as Azadi Ka Amrit Mohatsav”. Today’s function could be a part of the Mahotsav, he added. He also maintained that the Mahotsav is a country-wide campaign and it should be converted into a Jan Andolan or mass movement. He said such small changes in the local level can contribute in bringing a significant national gain.

Highlighting that the biggest achievement of the present government is peace, he added that there would be development only when there is peace and harmony in the state. Mentioning that the state is able to witness various forms of development under the present government, he said that railway connectivity has already reached the state and once the rail-head reaches Imphal, Manipur would become the gateway of the country to ASEAN countries under the Act East Policy.

YAS Minister Letpao Haokip said that it was indeed rare to find such a spacious and well-located playground in the Imphal area nowadays. He also announced that floodlights would be installed at the complex soon as the tender process had already begun. The Minister also thanked the chief minister for always being supportive and approving of any developmental steps and decisions when it comes to sports. He added that having such a sports-loving leader makes the functioning of the Sports department easier and more productive. He also mentioned that out of the 32 sub-divisions, 8 of the proposals for the construction of mini-stadium had been approved.