The arrested cop identified as MD Mujibur Rahman has been working as Manipur Police head constable posted in Tamenglong district. 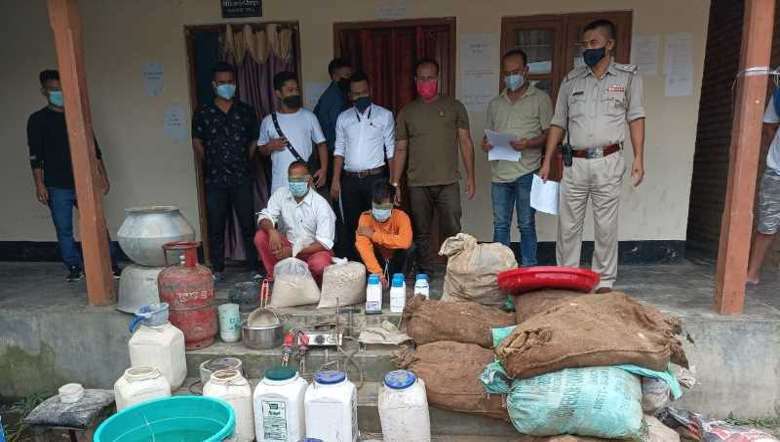 Two persons, including a head constable of the Manipur Police, were arrested and huge quantity of opium and brown sugar worth around Rs 90 crore in the international market seized in Thoubal district in Manipur on Wednesday, police sources said.

Following a tipoff, Imphal East district police narcotic cell assisted by a team of Thoubal district commando and Andro police station made the seizure at about 1.30 am Wednesday, Superintendent of Police, Imphal East, N Herojit told reporters in Imphal.

The police team, under the supervision of Herojit and SDPO N Suraj Kumar and led by officer-in-charge, narcotic cell, Imphal East, Kh Devkumar, conducted the operation at the residence of one Md Mujibur Rahman, 42, son of late Md Fazal Khan of Yairipok Tulihal Awang Leikai.

Mujibur has been working as Manipur police head constable posted at Tamenglong district.

The seized four-wheeler has a sticker of NHIDCL (National Highway and Infrastructure Development Corporation Limited) and below written as ‘On Govt. Duty’ on the left side of the windshield.

Herojit said the 11 bags of 430 kilogram opium and 40 kilogram of suspected brown sugar packed in three bags are estimated to be around Rs 90 crore in international market value.

On further examination, Mujubur disclosed that the drugs were manufactured by him and one Md Hero of Thoubal Moijing is the distributor of the refined brown sugar and one Md Firoj of Yairopok Tulihal Toubokpi is the transporter of the raw materials, he added.

Following the disclosure by Mujibur, Md Firoj (19), son of Md Oli of Yairipok Tulihal Toupokpi was also arrested from his residence along with one smart phone at about 2.30 am same day.

The arrested persons along with the seizures have been handed over to officer-in-charge, Andro police station for further necessary action, said the senior police officer. He said it is a great achievement for district police and narcotic cell that they were able to bust such a manufacturing unit located in a congested residential area before the drugs were produced in the market.

Necessary legal action with departmental enquiry will be taken against the police constable after informing the parent posting area of Manipur police.