Three persons were handed over to the Chandel Police and betel nuts worth Rs 85.8 lakh were seized. 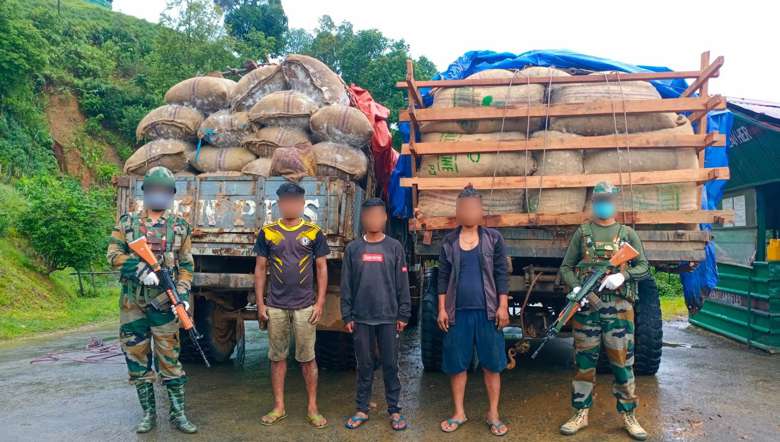 Chandel battalion under the aegis of IGAR (South) foiled a cross border smuggling of betel nuts near New Songyang village in Chandel district on Monday, stated a release issued by IGAR (South).

During a 'border domination operation', troops of Assam Rifles intercepted two vehicles near New Songyang village, it stated. On checking of the vehicles, betel nuts worth Rs 85.8 Lakh were seized.

The seized items and three smugglers were handed over to Chandel Police Station for further legal action, it stated.

It mentioned that the security forum was attended by village headmen, Youth Club Members and residents of the village. During the meet, locals were sensitised and updated on current security situation existing in the area and measures being taken by Assam Rifles in maintaining peace and tranquility in the area.

It stated that interaction was also carried out on necessary measures required to be undertaken by locals in synergy with Assam Rifles for maintaining a strict vigil against illicit activities in the area specially extortion, smuggling.

In the meantime, Tengnoupal Battalion under the aegis of IGAR (South) extended assistance to JJ Children’s Home Moreh on Tuesday, it stated.