The truth about asset monetisation

None of the assets in National Monetisation Pipeline are up for sale, Hardeep Singh Puri said. 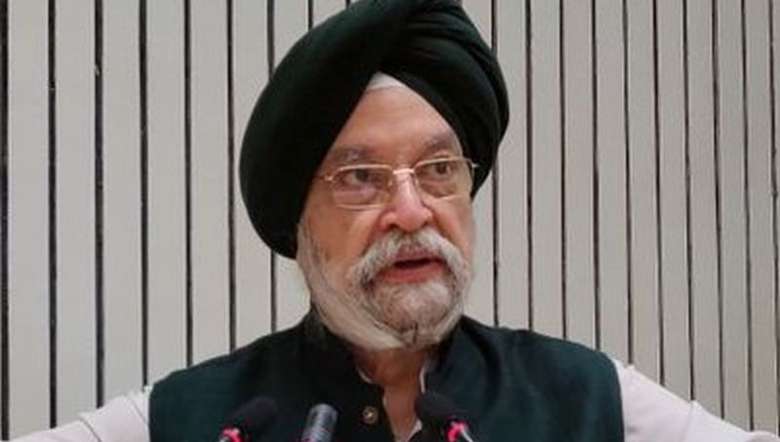 “A lie can travel halfway around the world, while the truth is tying its shoelaces”

This famous quote aptly summarises the methodology of using lies, half-truths and misinformation to create anxiety and fear among the people. It is regularly used by our principal opposition party in their desperation to salvage their political relevance.

Former Finance Minister P Chidambaram’s “The Grand Closing Down Sale” (Indian Express, August 29, 2021) says “The big lie has been exposed.” Indeed, it has. His own. It has also laid bare his own party’s hypocrisy; what is good for the country when Congress was in government is bad for the country if the government is led by Prime Minister Modi and the BJP. His article is littered with false assertions and half-truths. It is a pity that a senior MP and former union minister has to do this to score a political point. And he fails.

The claim that the Modi government by the stroke of a pen has threatened to reduce India’s public assets to zero shows that he either does not understand what the National Monetisation Pipeline (NMP) proposes to do or that he understands but wishes to twist logic. He obfuscates by deliberately mixing up strategic disinvestment with asset monetisation. The fact is that none of the assets in NMP are up for sale. They are going to be leased out to private partners through an open and transparent bidding process, on terms which more than safeguard the public interest. The entire process must satisfy the law and courts of the land. The private partner will operate and maintain the assets and return them to government on completion of the lease.

The former FM wishes to appear ignorant about the use of innovative new instruments that the government has permitted in the monetisation of assets. The use of Infrastructure Investment Trusts (InvIT) and Real Estate Investment Trusts (REIT), which, like mutual funds, pool investments which then flow to infrastructure and real estate, will allow the people of India and prominent financial investors to invest in our national assets. Some InvITs and REITs are already listed on stock markets.

What the former FM disparagingly calls a “rent” of Rs 1.5 lakh crore a year from asset monetisation will actually lead to more churn and use of financial leverage to fuel higher government investment in building new infrastructure. That is the real logic of asset monetisation. Unfortunately, through scams like 2G, Coalgate, CWG and Adarsh, UPA appeared focused on monetisation of a different kind.

Government needs financial resources to upgrade India’s infrastructure to world-class levels without over-burdening the honest taxpayer of this country. In the past 7 years, the total length of highways has gone up to 1.5 times of the length created over 70 years. The total investment in urban sector in the past seven years has been over seven times of the investment made in the 10 years between 2004-14.

Ironically, in his effort to falsify the narrative, Chidambaram has disowned even the few progressive baby steps that the UPA government had taken to monetise public assets. The privatisation of Delhi and Mumbai airports happened under the UPA government when Chidambaram was finance minister and chairman of the Group of Ministers which was responsible for decision making on this matter. Chidambaram writes that the railways is a strategic sector and should not be open to private participation. Why did he not put his foot down when, in 2008, the UPA government invited Requests for Qualification for the redevelopment of New Delhi Railway Station? Even after UPA, the Congress has been in state governments which have taken policy decisions to monetise public assets. In February 2020, the Mumbai-Pune Expressway was monetised for Rs 8,262 crore by the government of Maharashtra. Chidambaram and his party could have stopped CM Uddhav Thackeray’s ‘stroke of pen.’

The former FM then raises the bogey of a possible creation of monopolies in certain sectors. He cites the examples of the US cracking down on tech companies, South Korea taking on Chaebols and China’s purge of some of its internet giants, all for anti-competitive practices. India also has institutions that deal with issues related to uncompetitive practices. There are sector specific regulators. There is the Competition Commission of India. There are Consumer Courts. All of these have the authority, quite independent of Government of India, to come down heavily on any anti-competitive practice. The government is also committed to market competition and will design processes in a way that minimise the probability of any concentration of market power. In some areas, like Railway tracks, where there is a natural monopoly, there will be no asset monetisation.

The former FM raises other bogeys like the matter of jobs. The case studies of the privatisations undertaken by the Vajpayee government show that jobs actually grow when an operation is more efficiently managed. In addition to jobs increasing in the assets being monetised, an entire new set of jobs will be created when the government reinvests its revenue proceeds. There is a positive multiplier effect, which someone who has been finance minister ought to appreciate.

Finally, Chidambaram accuses the government of secrecy in the way it has gone about the NMP. Nothing could be further from the truth. The asset monetisation was announced several months ago in the Union Budget in February 2021. Several rounds of webinars and national-level consultations were organised. What was announced last week was a roadmap. Earlier, the government had announced a strategic disinvestment policy in 2016.

Our government is committed to forward-looking, pro-people reform. We are acting out of conviction. Stealth and secrecy are companions to Congress-style subterfuge. This government makes no compromise with transparency and national interest.

Union Minister of Housing and Urban Affairs, Civil Aviation and Minister of State in the Ministry of Commerce and Industry