The S Saheibung Village Authority and Youth Club condemned the media reports which allegedly claimed that Railway Tunnel No 12 is in Sangaithel village. 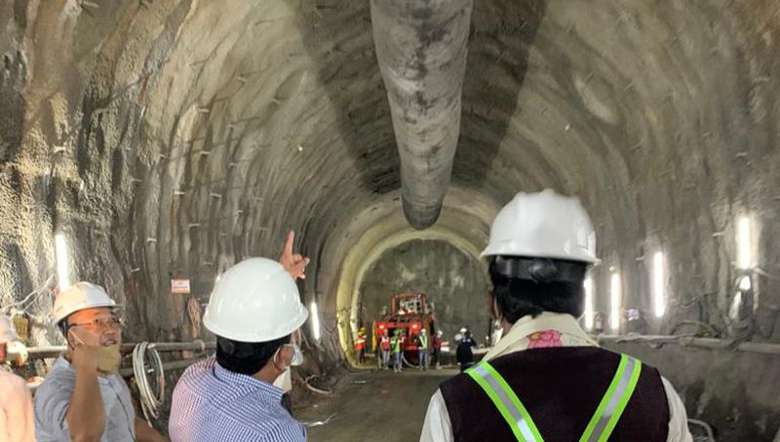 The S Saheibung Village Authority and Youth Club on Tuesday condemned the media reports which allegedly claimed that the Railway Tunnel No 12 is in Sangaithel village, Imphal West and clarified that the actual location of the said tunnel is at S Saheibung village in Kangpokpi district.

While strongly condemning the reports as false and misleading, the S Saheibung VA and Youth Club pointed out it is pertinent to know that there is no existing or planned Railway Tunnel project at Sangaithel.

It stated that the Union Minister of State for Railway Raosaheb Patil Danve on Monday inspected railway tunnel drilling work at Tunnel No 12 at S Saheibung village in Kangpokpi district which is about 3 Kms away from Sangaithel village in Imphal West district.

While appreciating the visit of the union minister  at the village premise, it stated that “it is rather surprising that the villagers were not even informed about the visit while it is more unfortunate that the name of the said tunnel has been reported as 'Sangaithel Tunnel' which is totally baseless and has no relevance.”

Rather, the villagers of S Saheibung has apprised authorities concerned to name Tunnel No 12 as 'Saheibung Tunnel' since it passes through the village's land which is justified, it stated.

It also appealed to the authorities to name Tunnel No 12 as 'Saheibung Tunnel' in the larger interest of peace and development as well as justice to the people of S Saheibung village.

The S Saheibung VA and Youth Club on behalf of the villagers appealed to all the authorities concerned not to create further confusion and avoid unwanted circumstances.