Though the money was transferred to the beneficiaries, some amount was deducted later through the app 'Aadhar Enabled Payment System’ or bank withdrawal form, IPAK stated. 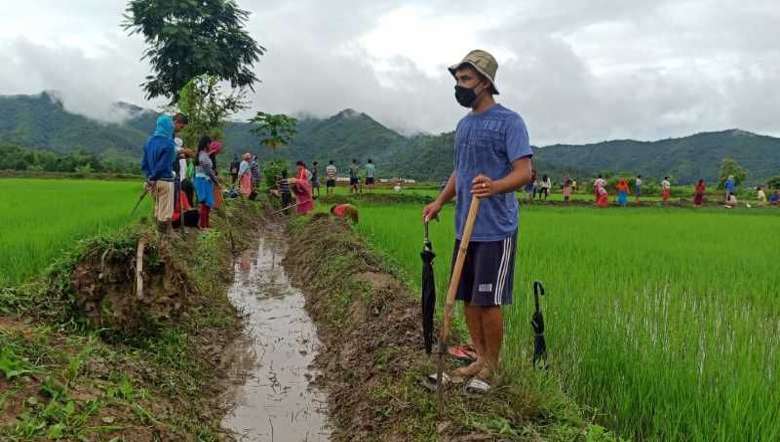 The Indigenous People's Association of Kangleipak (IPAK) Manipur condemned the irregularities in implementation of Mahatma Gandhi National Rural Employment Guarantee Scheme (MGNREGS) and warned to take stringent action against those who were involved in the malpractices.

A release by IPAK stated that for the past few years, job cardholders have been deprived of their labour rights. They are not getting opportunity to work for the total number of working days given under the scheme and their disbursed remunerations were also recollected by MLAs, zilla parishad members and pradhan members of Gram Panchayat.

The association has been putting effort along with MLAs, zilla parishad, pradhan and members to end the malpractices, and even the concerned minister has taken initiative for effective implementation of MGNREGS. However, complaints of not getting the actual benefit of the scheme are still pouring in from the job cardholders, it added.

It is unfortunate to learn that the Centre has released funds for 2020-2021 to bring some relief to the job cardholders during this pandemic but the funds were not utilised properly. Though the money was transferred to the beneficiaries, some amount was deducted later through the app 'Aadhar Enabled Payment System’ or bank withdrawal form. Through this means, the authority concerned has collected an amount of Rs 1,000 to Rs 5,000 from each job cardholder, the release stated.

It continued that in order to bring transparency in the implementation of this scheme, it is of utmost need to open up vigilance and anti-corruption departments in every district and function under the IGP or DIG of the police department. The state government should draw at least some attention in regard to proper and accountable implementation of MGNREGS.

Appealing to the local clubs and Meira Paibis to extend support in uprooting the malpractices in executing the scheme, it stated that IPAK will form an association in every district to look into the matter of MGNREGS and take legal action against those who involved in such irregularities.