Do prayers have the power to heal?

Check out these explanations as to how and why prayers help. 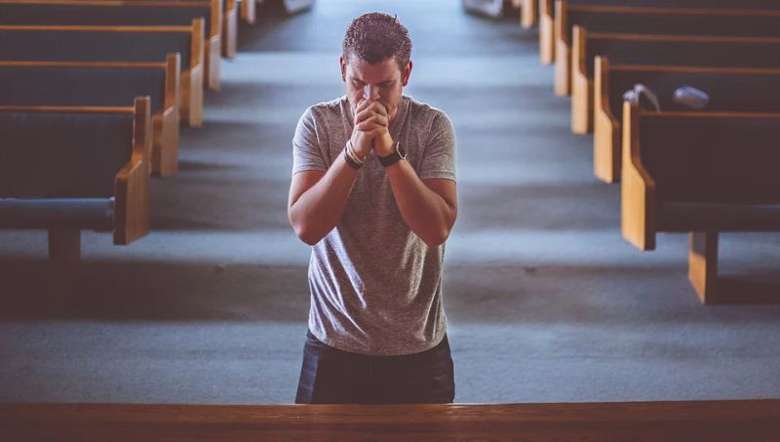 Just the other week on the verge of losing someone very dear, the whole family was united in prayers, sending up fervent prayers to the Almighty above, desperately praying for divine intervention. The prayers didn’t exactly work against what was destined to be; but it brought a sense of calm and completeness, strengthened the bereft and thus healing the raw pain of us left behind.

What is a prayer and does it really help in healing physical, psychological or emotional ailments?

It is defined as a deep dialogue with the divine. Simply put, prayer is basically expressing all our deepest thoughts, worries, happiness or sadness to the Lord we believe in depending on our individualistic faith and religion. The benefits of prayers have been enlisted since time immemorial and there are many explanations as to how and why prayers help.

How do prayers help?

Prayer is a special form of meditation and hence has similar health benefits associated with meditation, for instance it-

Spiritual meditation has shown to bring decrease in anxiety and improvement in mood, spiritual health, spiritual experiences and tolerance to pain.

Placebo Response:Clinically significant treatment gains have been observed with placebo in numerous disorders, including anxiety, depression, schizophrenia, obsessive-compulsive disorder, tardive dyskinesia, ischemic heart disease, cardiac failure, Parkinson's disease and even cancer. Relevant to the context of prayer and healing, the placebo response is influenced by personality traits and behaviors such as optimism, response expectancy, motivation and degree of engagement with a ritual. Whether placebo effect or a miracle, prayers have been proven beneficial.

Non-specific emotional support is another aspect of prayer that provides psychological benefits through interpersonal contact and reduces anxiety, depression and pain.

Hawthorne effect and Ronsenthal effect (as a coincidence to prayer) has been accounted for spontaneous remission in conditions ranging from medical disorders like coryza and pharyngitis to psychiatric states like depression and mania.

Divine intervention: Although scientifically bizarre, it cannot be denied that, across the planet, people of various religions from every walk of life and social strata pray for health and relief of symptoms in times of sickness. Healing through prayer, healing through religious rituals no matter what the religious background be, healing at places of pilgrimage and healing through related forms of intervention are well-established traditions of almost every religion.

The scientific facts: Various research has proven that prayer is modestly but positively correlated with a range of mental health outcomes. Young adults who prayed daily reported fewer depressive symptoms and higher levels of life satisfaction, self-esteem and positive affect in comparison to those who never prayed. Majority agreed on the importance of spirituality and prayers for their mental health. Regular prayer was also attributed as a major factor in recovery by many ailing persons interviewed.

Should prayer be encouraged in mental health service settings?

Such a question raises important ethical and legal issues, the rights of atheists and interfering with a secular outlook. But including prayers as a form of psychosocial support required for any form of healing is encouraged, albeit with caution to avoid hurting individual sentiments or offending religious views.

The mind functions at three levels; conscious, subconscious and unconscious. The contents of the unconscious are buried deeply and are not easily available to the conscious mind. Hence it usually does not find free expression and is not of much use to the person. But the contents of the subconscious keep finding expression every now and then as such, or in modified forms. For example, in the form of dreams, slip of the tongue, dissociated states and the like. Subconscious mind is the most powerful functional part of the mind. It can do and undo things and bring forth a lot of changes in one’s life and shape a person’s personality and behaviour pattern. We humans are suggestible. Commercial advertisements for instance play a major role in making use of this suggestibility. Anything repeatedly suggested to the subconscious gets favourable results and gets reflected in the behaviour of the person. Prayer is one form of deep suggestion to the mind and can even change the very belief system of the person which has been nurtured and tutored for over years from one’s childhood. This quality of the powerful subconscious mind is positively exploited in faith healing. One’s faith can heal and make the individual come out of their illness or challenging situation.