IFP Editorial: The solution seems to be legalisation of production of our local brews and exporting it like Feni from Goa to the rest of the world for extra revenue in the state coffers and of lifting the ban on sale of liquor. 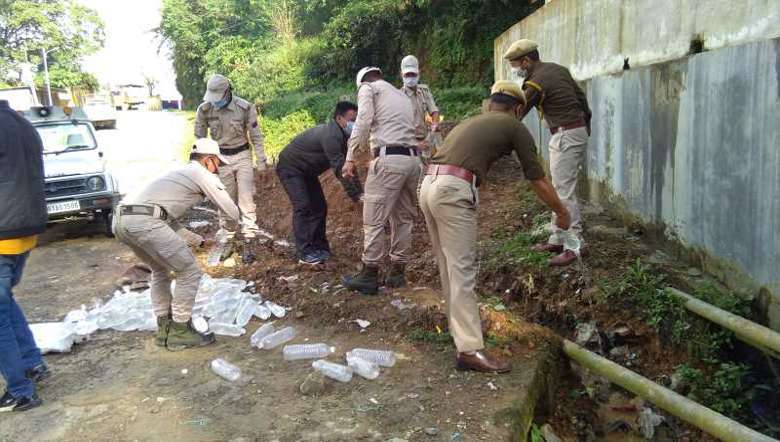 Once again, the pro-Prohibition groups has begun to raise its objections as soon as the state assembly Select Committee gave its stamp of approval to the Manipur Liquor Prohibition (Second Amendment) Bill, 2018. The bill which proposes to enable manufacture local alcoholic liquor strictly for sale outside the state was referred to a Select Committee chaired by the Deputy Chief Minister Yumnam Joykumar Singh. When the bill was first introduced in the 2018 monsoon session of the assembly, there were widespread protests against it from pro-Prohibition groups more particularly the women Meira Paibis and it was ultimately deferred. The Select Committee not only toured the Chakpa villages in the valley to get a first-hand account of the local liquor brewing industry but also called for views and suggestions from stakeholders and the general public across the board. Prohibition was enforced in the state by the RK Ranbir Singh government on 1 April 1991, following a total ban by the outlawed organisation Peoples Liberation Army (PLA).

Local brews called ashaba and atingba are available in most areas, and authorities usually ignore their sale or consumption. In 2002, the Okram Ibobi Singh led-government lifted prohibition in the five hill districts of Manipur. The state Legislative Assembly passed the Manipur Liquor Prohibition (Amendment) Bill, 2002 on 31 July 2002 lifting prohibition in the districts of Chandel, Churachandpur, Senapati, Tamenglong and Ukhrul. In 2015 again, the Ibobi government had mulled removing prohibition in the state, largely for economic reasons. The government under Okram Ibobi Singh had contended that alcohol could provide a steady source of revenue for Manipur, which has always been dependent on Central largesse. The government then had also suggested that local Manipuri brews could be exported to other parts of the country. However, he had to drop the idea in the wake of protests by various civil society groups. The idea began to take shape once again after BJP’s N Biren Singh came to power. But the idea this time was not necessarily born out of the income it could generate for the state from exporting local liquor, but rather it was an incident which happened on July 29, 2017 in which five people died after having consumed methanol-contaminated country liquor. It sparked off widespread protests against illegal distilleries and the failure of government to enforce prohibition in totality while also stirring up an old debate about the reality of prohibition.

We agree that, alcohol is the main cause of domestic strife and has the potential of the wayward youth seeking refuge in it thereby leading to abuse. But, the question we have to ask ourselves is whether we have been able to actually stop the production and sale of alcohol both local brew and India Made Foreign Liqour (IMFL) in the state. No, never in the history of mankind any state had been able to enforce prohibition in totality while on the other hand it only enriches those in black market and leads to spurious liquor finding its way in the backstreets. One has heard enough of tragic deaths across the country after consuming spurious liquor. The other serious problem is health related, where deaths from liver cirrhosis is mostly linked with consumption of adulterated liquor. Everyone knows that IMFL comes in drums at Khatkati at the Assam-Nagaland border where it is bottled into different brands by using flavours and shipped to God knows where. It is happening on the Myanmar side also, from where high-end foreign brands come. So, the solution seems to be legalisation of production of our local brews and exporting it like Feni from Goa to the rest of the world for extra revenue in the state coffers and of lifting the ban. Even as the Select Committee invited views from the general public, our main consideration should rather be the voice of Chakpa villages like Sekmai, Phayeng, Andro and others who had been brewing the local brew since time immemorial and if at all the bill becomes law, there would certainly be an economic boom in these villages while also making the world taste the flavour of Kalei.