The worsening flood situation in Assam has forced at least 6,200 people to take shelter in relief camps. 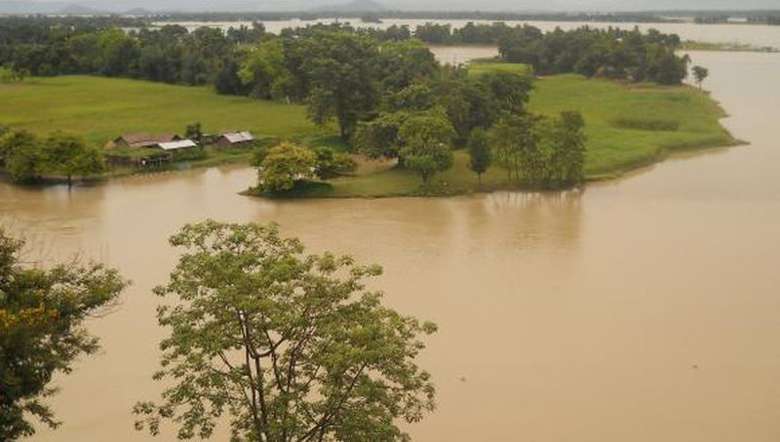 As many as 2,58,191 people across 16 districts of Assam have been affected by floods caused by heavy rainfall, according to the report issued by the Assam State Disaster Management Authority (ASDMA) on Sunday.

The worsening flood situation in the state has forced at least 6,200 people to take shelter in 91 relief camps and relief distribution centres, sources said.

Lakhimpur, with 105,257 people in the area being affected by the flood, was the worst-hit district, followed by Majuli with 57,256 people being hit by the floods, as per the ASDMA report.

So far 732 villages have been affected due to flooding of the Brahmaputra River and its tributaries.

A total area of 24,704.86 hectares of crop area has been affected due to the flooding, as per the ASDMA report.

No loss of lives have been reported in the flooding so far.