Many works and projects started by the Congress party in the state have been deliberately left incomplete by the BJP government, Congress Legislature Party (CLP) leader O Ibobi Singh alleged. 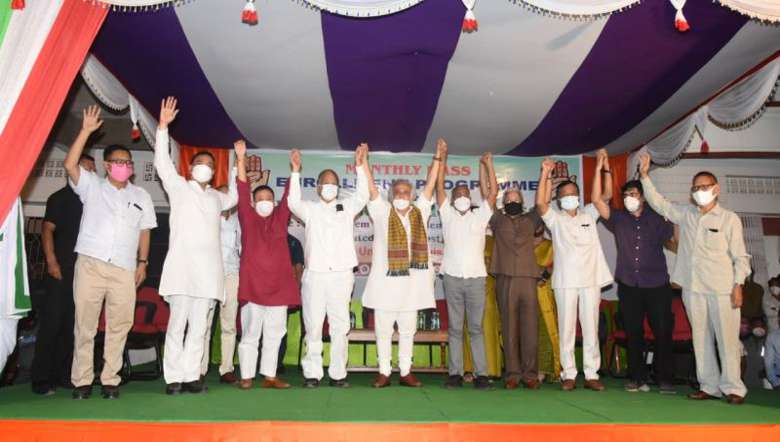 Many works and projects started by the Congress party in the state have been deliberately left incomplete by the BJP government, he alleged.

In Heirok assembly constituency alone, the works they claimed to have undertaken such as construction of Heirok Higher Secondary School and Engineering College etc. were all set into motion during the Congress rule, he said. The MLA of Heirok assembly constituency, which even had a minister as its representative, has not taken up any new projects or schemes till date, he claimed. Urging the people of Heirok to teach the BJP a lesson, he appealed to the public to support the Congress party.

Congress leader Jairam Ramesh said that the fate of Manipur should be decided by its people. The progress and advancements made by the Congress party during its 15 years of power in Manipur have all been thrown to waste by the BJP government, he said.

After the 2022 general election, Narendra Modi will neither be in power at the Centre nor Biren-led  government in the state, he added.

Today, with the joining of 250 more people into the Congress party, a total of 1,250 people have joined the party so far, said former MPCC president M Okendro at the occasion.