Ganaesan was appointed as the new governor of Manipur by President Ram Nath Kovind on August 22. 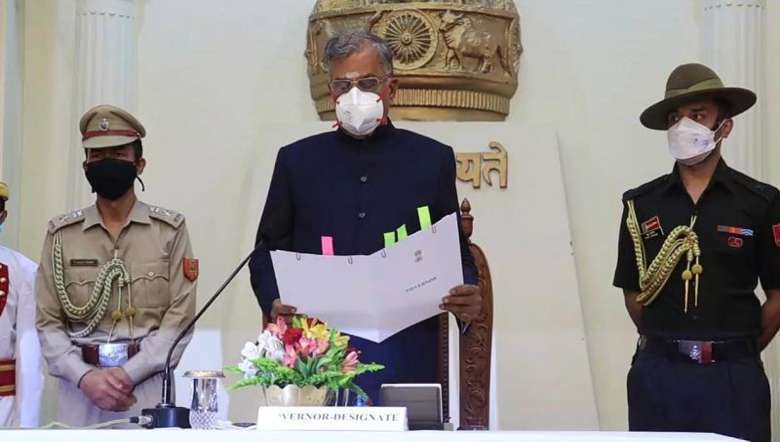 La Ganesan was on Friday sworn-in as the 17th governor of Manipur at a ceremony held at the Durbar Hall of Raj Bhavan, Imphal in the presence of Chief Minister N Biren Singh, council of ministers and high ranking officials of the state.

The oath of office and secrecy was administered by chief justice of the Manipur  High Court PV Sanjay Kumar. The appointment letter of Ganesan as the governor of Manipur given by the President Ram Nath Kovind was read out by chief secretary Rajesh Kumar during the oath-taking ceremony.

After the oath-taking ceremony, the governor inspected the guard of honour inside the Raj Bhawan and had also interacted with the chief minister along with his cabinet colleagues and other officials.

Ganesan arrived in the state on Thursday afternoon following his appointment as the governor of Manipur.

Speaking to the media on the sidelines of the ceremony, Ganesan said that he is glad to get the opportunity to experience the beautiful culture of Manipur.

Stating that he considered the people of Manipur as his own blood brothers and sisters, the newly sworn in governor assured to serve the people of the state with full dedication and sincerity.

Regarding the various issues happening in the state, Ganesan said as far as issues are concerned, he will regularly meet with the media fraternity of the state to brief on it.

Chief Minister N Biren Singh who witnessed the oath taking ceremony told the media that it is a great opportunity to have such an experience and dedicated nationalists as the governor of Manipur.

He is a senior leader of the BJP, presently serving as the party's national council member and is also a former MP of the Rajya Sabha.