According to the organisations, the move of the Government of India to include the term ‘unrepresented tribes’ in “The Constitution (One Hundred and Twenty-Fifth Amendment) Bill, 2019” is a highly controversial decision. 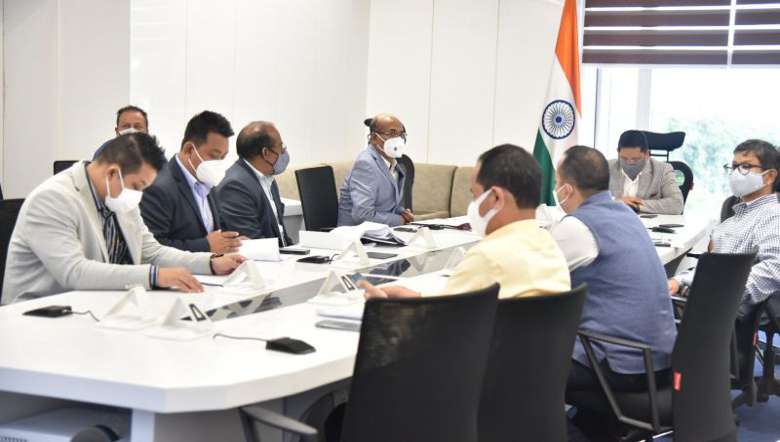 Various organisations from the Garo Hills region of Meghalaya, including the GSU, FAF, FKJGP and ADE, have expressed their resentment over the proposed amendment Bill to the Sixth Schedule, while calling the same a strategic clandestine tinkering of the Indian Constitution for vote bank politics.

The organisations said the implementation of the same could bring about serious altercations.

They spoke about the inclusion of tribes of Garo Hills like the Koch, Boro, Hajong and Rabha tribes through the amendment of Sixth Schedule.

“The move can have far reaching negative impacts and could disturb the peaceful co-existence. This is definitely going to create attrition between the Garos and other tribes of the region even going to the extent of forgoing the issue of illegal Bangladeshi immigration,” they added.

The organisations accused the BJP of vote bank politics, while adding that the party would sit back and gleefully monitor ethnic clashes in their desperate attempt to push forward their political agenda.

According to these organisations, the move of the Government of India to include the term ‘unrepresented tribes’ in “The Constitution (One Hundred and Twenty-Fifth Amendment) Bill, 2019” is a highly controversial decision.

“The struggle of the ANVC must be acknowledged as a cry of the Garos to be recognised and deserving of every right under the Indian Constitution to be prosperous, educated and developed but it must be developed with protection as an indigenous tribe of Garo Hills,” they felt.

As per the new amendment the governor will nominate six members, two of whom will be women and four will be nominated from the ‘unrepresented tribes’.

“This was discussed many times in various meetings with the state government and the officials from the Home Ministry where the organisations of Meghalaya under the umbrella of MITCRM objected to it again and again. There is no law to debar Koch, Hajong and Rabhas from participating and contesting in the GHADC. Which means they have equal rights under the 6th Schedule,” asserted the organisations of the Garo Hills region.

They opined that in every GHADC election at least two persons from these tribes were chosen as MDCs. Adding four nominated members will unfairly take the number to six.

Appealing to the chief minister, Conrad Sangma and the GHADC CEM to oppose the amendment, the organisations stated that they would go ahead with agitations otherwise.

“We are privy to the knowledge that the last meeting on the issue of amendment of the Sixth Schedule is to be held as the Government of India has given directions for the final decision on the matter from the Government of Meghalaya and the ADCs to be submitted,” the organisations added.