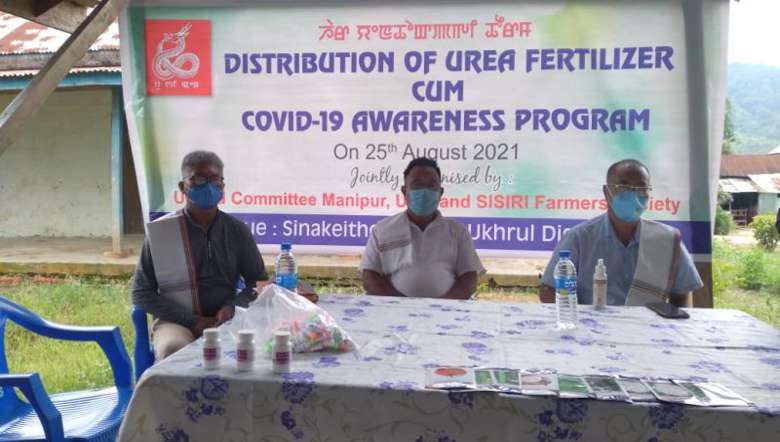 The United Committee Manipur (UCM) on Wednesday stated that the organisation visited Sinakeithei to spread the message of oneness and brotherhood as the Tangkhuls living in the hills are considered the elder brother of Meeteis settled in the valleys.

During the Mera Wayungba performed by the Meeteis, the elder brother from the hills would bring items/ things and exchange with the brother in the valley, UCM stated. Such practices should not be forgotten by the present generation, it added.

The UCM assured to extend all possible help to the Sinakeithei villagers and its surrounding villages in the future.

The organisation has a vision of increasing the production of the state, wherein the products from the hills and valleys are exchanged between the two and the surplus/excess products can be exported to develop the economy of the state, the UCM stated.

Condemning the murder of two persons from Sinakeithei village on August 4, the UCM also appealed to the state government to find out the people involved in the murder.