The AQMS is the second station among 12 to be set up in the state to monitor air pollution levels. 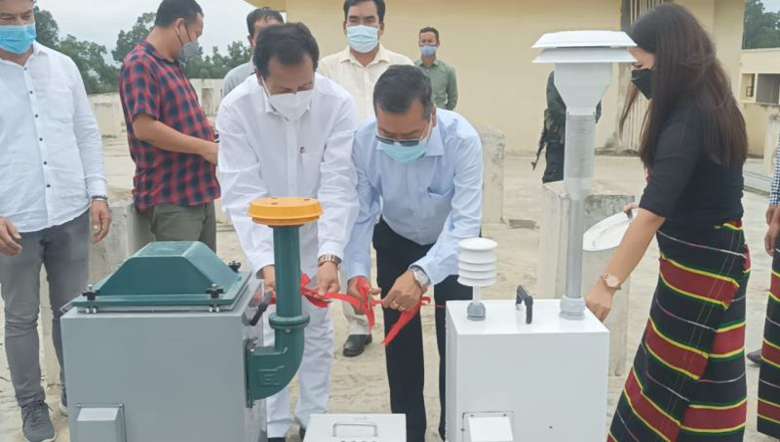 The MPCB director said that the AQMS station was set up under the National Air Monitoring programme of Central Pollution Control Board, New Delhi in association with MPCB. It is the second station among 12 to be set up in the state to monitor air pollution levels. Further steps will be taken and samples will be collected and monitored on a weekly basis.

MLA Radhakishore said that Churachandpur used to be known for its healthy environment but due to climate change, there is a need to have data as temperature is soaring in the district. Under the initiative of the state chief minister, the board has taken the matter seriously since the water sources are also drying up.

The MPCB chairman further said that the climatic crisis leads to health hazards which is partly caused by deforestation and stone quarrying. Mooting the idea of forming a committee involving the district administration and others to further check the climate change, he said that it will be intolerable in the future if pollution is not controlled in time.

Pointing out to set up a solid waste management plant in Churachandpur, he also appealed for land allotment so that the project would be funded through MPCB.

MLA Hangkhanlian said that though the machine is small, it will be helpful in monitoring air quality data and it is much needed in the district as there has been mass felling of trees unlike before. He further extended his gratitude to MPCB for setting up the station which will be managed by four staff.