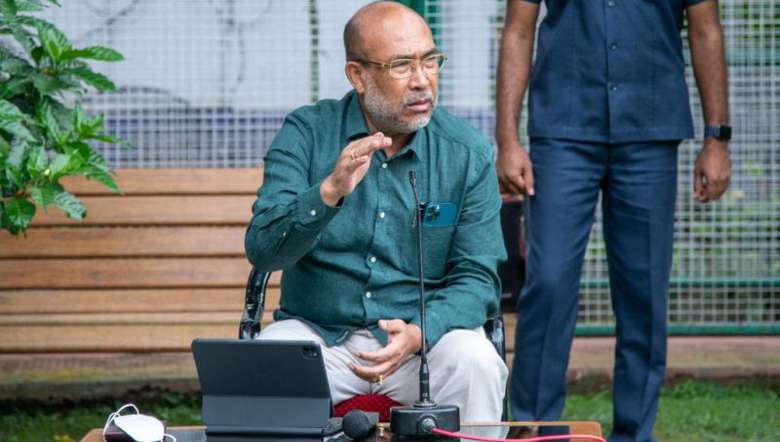 "Chaired a review meeting with all Head of Departments along with Administrative Secretaries to take stock of the ongoing programs and projects. I have issued necessary directions to ensure smooth implementation of welfare schemes and early completion of developmental projects," Biren said in a tweet on Wednesday.

On August 22, the chief minister launched the Chief Minister’s COVID-19 Affected Livelihood Support Scheme. He said the scheme was launched “considering economic dislocations, which had severely affected the livelihood of a large percentage of the population leading to an inability to maintain a basic minimum standard of living”. He also said the state government had been working to uplift the poor and weaker sections of the state and is always ready to serve the people.

Who can avail the Covid-19 livelihood support scheme?

During the launch, the chief minister said an officer of the Social Welfare department would be deputed to Manipur State Cooperative Bank (MSCB) Ltd, located at Old Assembly Road. Those who are sincere about starting an activity for earning their livelihood could meet the officer stationed at the bank and avail loan without requiring any guarantor, he said.

As per the Social Welfare Department notice, a family whose members are domiciled in Manipur and are employed in the informal sector and whose livelihoods have been adversely affected by the COVID-19 pandemic is elefigle for assistance under the scheme.  The applicant must be above 18 years

The scheme can be implemented in phases, with priority to be given to the following categories of beneficiaries possessing valid registration card/permit/license or those including in the specified variable list issued by competent authority of the state government, namely Street Vendor under PM Svanidhi and Licensed Vendor, Public Transport Driver (auto rickshaw, cycle rickshaw, tata magic, winger, bus) school van driver, artists/performing artistes availing assitance under Chief Minister's Artistesingi Tengbang.

How to avail the scheme?

Applications were invited for the scheme through proper survey at the district level, the chief minister said.

How many have applied for the scheme?

A total of 22,336 applications have been received so far including, 13,651 from street vendors, 4,890 from transport drivers, 3,680 from van drivers and 145 artists, Biren informed during the launch of the scheme.

How many have received the benefits of the scheme?

The chief minister said that of the applications received, 7,943 had been verified. And the first instalment of Rs 2,500 was distributed to each of the 6,276 applicants amounting to Rs 1.56 crore on the launch day.  The second instalment for the same would be disbursed in September, he had said.