Several societies of handloom and handicraft have been urging the state government to resume the Integrated Cooperative Development Project in the state. 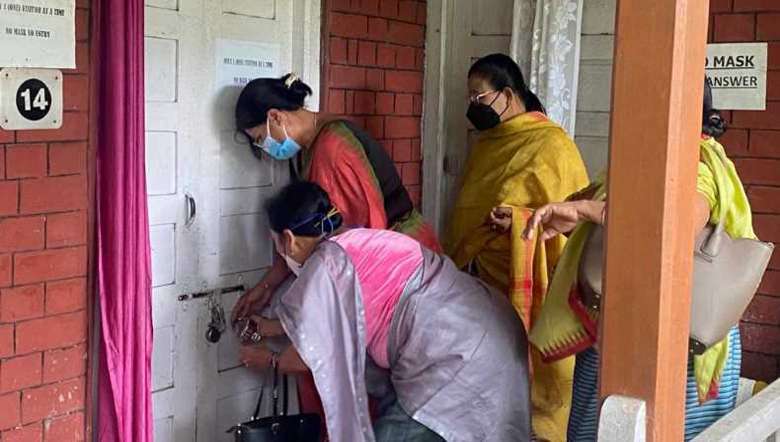 Irate women weavers of several cooperative societies in Manipur, who have been demanding the resumption of the Integrated Cooperative Development Project (ICDP) in the state, locked up the Registrar of Cooperative Societies office, Lamphelpat, Imphal on Thursday, as a mark of protest.

Addressing the media at the sidelines of the agitation, Memi said that they have been facing many inconveniences due to the lack of support to run their societies. Hence, several societies of handloom and handicraft have been urging the state government to resume the ICDP sanctioned under the National Cooperative Development Corporation (NCDC).

However, the government has failed to meet their demand till date, Memi said, adding that the government's failure provoked them to lock the rooms of the Registrar Cooperative Societies office.

She further said that the project was already implemented in the state and cancelled in 2004-2005 but NCDC approved to resume the project in 2018 in view of the opportunities that can be benefitted from the project in the growing economy of the state. After all these, the state government did not heed the NCDC approval for resuming the ICDP.

The project will not only benefit the weavers but also the societies of many other sectors, including fisheries, poultry, agriculture, horticulture and others. The state government should at least consider implementing of the project so as to solve the problems faced by the cooperative societies, Memi added.