Construction of Chandrakirti Park at Chivu is distortion of history: RPZI

A team of Research and Preservation of Zo Identity (RPZI), Lamka held a meeting with Hill Areas Committee (HAC) chairman, K Leishiyo and Archaeology department superintendent, Kangla Fort on Monday over the Chandrakirti Park at Chivu. 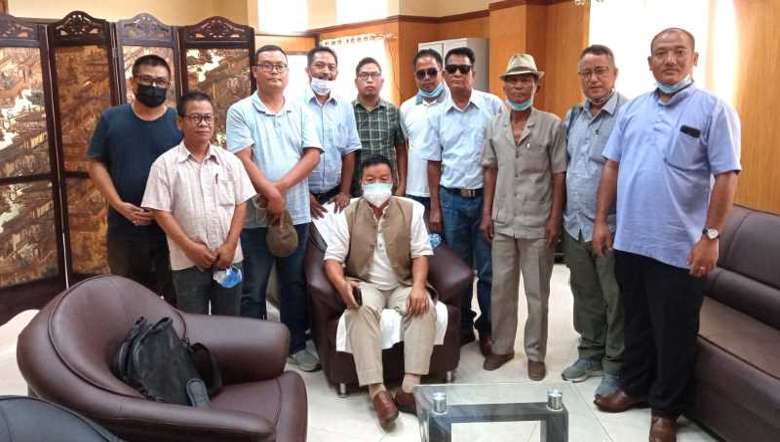 The RPZI team was led by its chairman, P Khamkhanthuam and general secretary, V Chinkhenpau who put forward in the meeting that construction of the said park at Chivu is distortion of history.

In a press statement issued on Tuesday, RPZI information secretary said that they had approached the HAC chairman and Archaeology superintendent due to the fact that their demands for naming the said park as Chivu Park had not been met including the Chivu stone inscription. During the meeting, the Kangla Board officials were made aware that construction of a park in the name of a non-tribal chief would be inappropriate as per historical records.

He further said that it was also pointed out that the incorrect Chivu stone inscription has impacted the tribal of the state, especially the Zo people. As the construction of the park continues while there is no response from the Archaeological Survey of India and the state chief minister regarding the issue, the HAC chairman has assured that he will study the document and take up necessary action.