The medical camp was organised to promote fitness and wellness among the people during COVID-19. 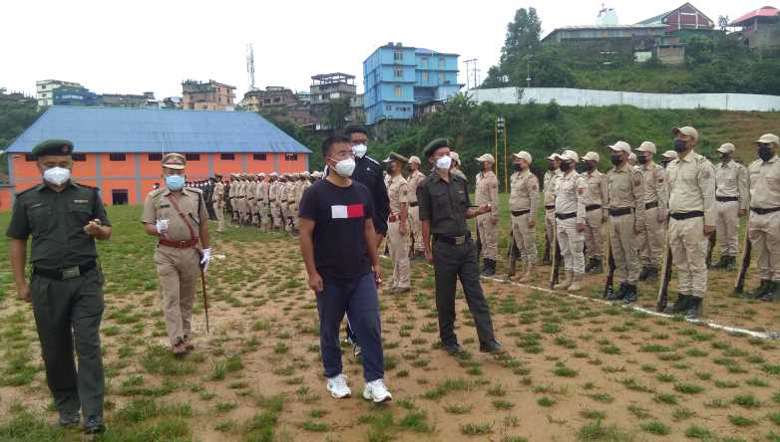 On the day of Independence Day celebration, deputy commissioner Tamenglong Armstrong Pame will unfurl the national flag and take general salute at Mini Stadium of Tamenglong. Due to the pandemic, the celebration this year will be reduced to a small function with only five parades. Manipur Police SDPO, Tamenglong, Josiah Pamei will lead the parade on August 15.

Meanwhile, as part of the 75th Independence Day celebration, 44 Assam Rifles under the aegis of 22 Sector Assam Rifles IGAR (East) organised a medical camp for expecting mothers, young mothers and their children at battalion headquarters.

The medical camp was organised to promote fitness and wellness among the people during COVID-19 and it was inaugurated by 44 Assam Rifles commandant, Colonel Pradeepkumar at Tamenglong battalion headquarters.

The commandant paid floral tributes to Rani Gaidinliu, the great freedom fighter from the district, to start the health camp.

While addressing the participants, he thanked all the mothers of the society for their immense roles and sacrifices for their family. He also stated that there is nothing more noble or tougher than homemaking.

He further stressed the role of a healthy mother in upbringing a healthy family. He called upon the youth to constructively contribute towards nation building and usher a new era of peace and development in the region.

A team of five doctors, including two specialists from district hospital and eight paramedical staff were present for the service of the people.

The battalion also established a medical testing laboratory with basic blood and urine testing facility for the benefit of all and made available free of cost.

A total of approximately 250 villagers benefited from the wellness camp on Friday.

The aim of screening of the movies was to motivate the youths to join the armed forces and expose their feeling for the nation and passion for the uniform.