Some children and parents who came for the JNV selection test were tested COVID-19 positive, DESAM alleged. 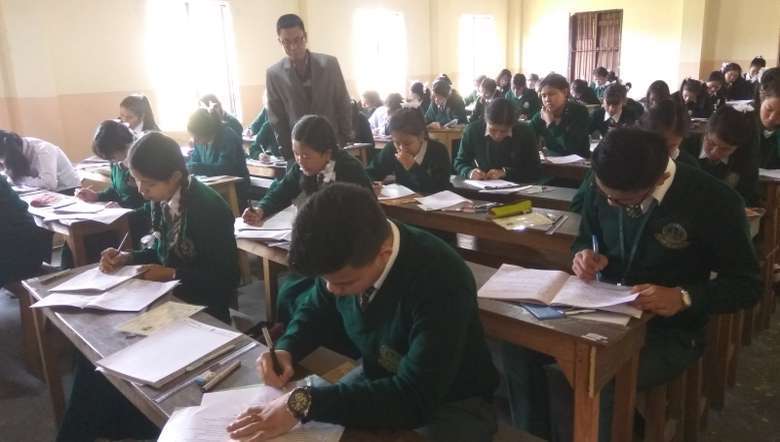 Condemning the holding of Jawahar Navodaya Vidyalaya (JNV) selection test in Manipur, the Democratic Students' Alliance of Manipur (DESAM) has stated that the authority concerned should be held responsible for any of the children and people who contracted COVID-19 on the day of selection test held on August 11 nationwide.

A release by DESAM signed by its secretary general Leishangthem Lamyanba Meitei stated that in view of the present worsening scenario of COVID-19 in the state, the student body had urged the state government to sort out ways to defer the selection test.

Ignoring the demand, the authority concerned held the test on August 11 which was fixed by the Education Ministry on July 21.

Reportedly, some children and parents who came for the JNV selection test were tested COVID-19 positive, it alleged and added that some children also complained of having mild fever.

The state government and the authority concerned that had conducted the JNV selection test in the state must take the entire responsibility for those who were infected with COVID-19, the release stated.

It further stated that the said JNV selection test for admission in Class VI was postponed twice, on April 11 and May 16 on the ground of the surging COVID-19 cases in various places of India. That time, the situation of COVID-19 in Manipur was not that severe. However, this time the state followed the order from the Centre and conducted the test as a part of the all India scheduled date.

The Central government rescheduling the JNV selection test on August 11 when there is surging of COVID-19 in northeast states is very unfortunate. Such a decision clearly shows that the Centre does not bother much about Northeast states, it added.

The student body strongly condemned the act of the state government and principals of all the JNVs in Manipur. If they are concerned about public health, they would have taken extra measures to postpone the selection test which appeared by around 20,000 children of the state, the release stated.

If children of 11 or 12 years could successfully maintain SOPs, there is no need to impose curfew and lockdown in the state to control this ongoing pandemic, stated DESAM in the release.

The release also mentioned that even the most important Class X and XII examinations were cancelled on account of COVID-19 in the state.