Expressing serious concern over the gap in vaccine coverage between the genders, NCW chairperson Rekha Sharma said there is an urgent need to increase the proportion of women coming to vaccination booths for receiving the vaccine. 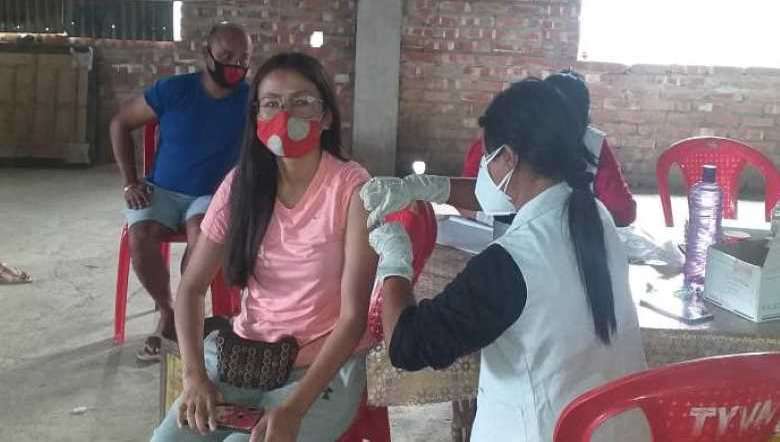 Women, being the primary caretakers, are more likely to get infected by COVID-19 while taking care of any sick member of the family being, the National Commission for Women said, expressing serious concern over the gender gap in nationwide vaccination coverage.

The NCW, taking cognisance of a media report which highlights low uptake of COVID-19 jabs among women, has written to chief secretaries of all states/UTs urging them to take measures to close the gender gap in vaccination and to ensure that women are not left behind in the vaccination drive.

Expressing serious concern over the gap in vaccine coverage between the genders, NCW chairperson Rekha Sharma, in the letter, mentions that there is an urgent need to increase the proportion of women coming to vaccination booths for receiving the vaccine so that the gap in immunization coverage can be corrected,

The letter also mentions that there is also a need to create public health awareness so that more and more women are vaccinated on priority.

A copy of the letter has also been sent to health secretaries of all the states, the Union Women and Child Development Ministry stated in a release.

The media report had highlighted that the current gender-gap in administering vaccines is significantly more among elderly population than the younger females. It reflects the existing gender stereotypes in the society due to which women are being left behind and the reasons include unequal access to resource and technology for both genders, the ministry stated.

In the letter, NCW has mentioned that in many households, women’s health is not considered a priority as compared to men if they do not work outside the home and end up getting less preference for vaccination. However, women being the primary care-givers are more likely to get infected while taking care of any sick member of the family.

NCW has written that the Centre has been running intensified vaccination drives to reach every nook and cranny of the country along with regular campaigns to dispel misinformation and rumours about any side-effects of the vaccine.

The state government should also continue the campaigns so as to ensure correct information reaches to the remotest part of India, the NCW said.

The National Commission for Women is the apex national-level organisation with the mandate of protecting and promoting the interests of women under the aegis of the Union Women and Child Development Ministry.