Manipur Patriots Day 2021: ‘Let us all take a pledge to stand as one and work together for development of state'

State leaders greeted people of Manipur on Patriots Day 2021 and called for unity among the people against all kinds of challenges. 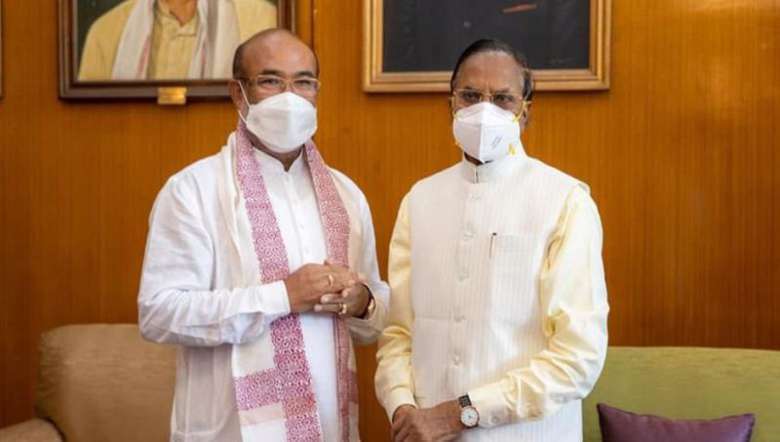 Manipur Governor designate Ganga Prasad, Chief Minister N Biren Singh and other state leaders extended their greetings to the people of Manipur on the occasion of Patriots' Day 2021.

August 13 is observed as the Patriots Day in the state in memory of those who laid down their lives in the Anglo-Manipuri War which took place towards the end of the 19th century. On this day, in 1891, the British hanged brave freedom fighters of Manipur, Bir Tikendrajit and Thangal General, for resisting the colonial design.

"These brave souls made the supreme sacrifice for the love of freedom of their motherland... Many of our forefathers who survived the war for the freedom of their motherland were also banished for life from Manipur... All of them embraced death or prison willingly rather than lose freedom. This day marked the turning point of the course of history of the state and will remain of great historical significance," Prasad said in his message to the people.

The governor further said: “This day also reminds us that we only succeed when we stand united, a lesson learnt the hard way when the British so effectively used their craft of ‘Divide and Rule’ to their advantage. While observing the Patriots' Day, let us all take a pledge to stand as one against all challenges to the freedom and integrity of our country rising above caste, creed or religion.

"I am privileged to join the people of Manipur in observing the Patriots' Day and wish the observations in the state and also outside the state all success”.

The chief minister also reminded the people that on this day, two brave sons of Manipur, Yuvraj Tikendrajit Singh and Thangal General laid down their lives for the cause of their motherland.

“The day reminds us of the supreme and selfless sacrifices made by hundreds of soldiers fighting against the mighty British for defending the sovereignty of Manipur... On this occasion, let us pay our respects to our forefathers remembering their highest acts of patriotism. Let their memory guide us in facing various divisive forces acting from within and outside. Let us also resolve to stand as one rising above all differences in caste, creed and religion and work together for the overall development and welfare of the state. I join the people of Manipur in paying homage to our fallen heroes on this auspicious day,” he added.

Manipur Legislative Assembly Speaker Yumnam Khemchand Singh, extending his greetings to the people of the state, said that Manipur despite being a tiny state had fought against the mighty British instead of surrendering which was indeed the bravest thing to do.

"We held our heads high for their courage and valour. They deserve our heartiest respect and honour," said Khemchand.

Works Minister Th Biswajit Singh stated that Patriots’ Day reminds the people of the heroic forefathers like Bir Tikendrajit, Thangal General, Chirai Naga, Pukhrambam Kajao, Niranjan Subedar and a host of other martyrs who made supreme and selfless sacrifices for the cause of freedom of their motherland during the Anglo-Manipur war in 1891.

“This year, as we continue to battle COVID-19 pandemic, I urge all eligible people of Manipur to get vaccinated as vaccination is the only way to combat the pandemic.  Let us, once again, pledge to contain the spread of the pandemic by adhering Covid appropriate behaviour and help in breaking the chain of infection,” he added in his message.

Tourism Minister O Lukhoi Singh also extended his wishes by paying respects and tributes to all the heroic forefathers. He urged everyone to make a pledge to stand and fight as one against all those who challenged the freedom and integrity of the nation while observing Patriots’ Day.