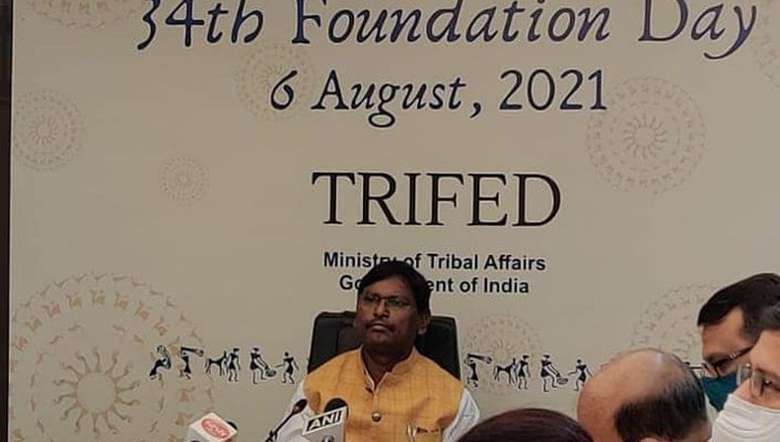 Since 2019-20, there have been 139 VDVKs established with the formation of 3,320 SHGs, benefitting 41,908 tribal entrepreneurs in 14 Forest Divisions of Manipur under Pradhan Mantri Van Yojana implemented by the Forest department, stated a release.

It stated that VDVK is a component of the mechanism for marketing of Minor Forest Produce (MFP) through Minimum Support Price (MSP) and Development of Value Chain for MFP scheme which is a Van Dhan tribal start-ups programme for value addition, branding and marketing of MFP by establishing VDVKs to provide employment for tribal populations and increase in their income.

The products are sold in the local markets as well as outside state through the ‘Tribes India’ outlets and on TribesIndia.com, it further stated, adding till date, VDVKs of Manipur have registered as sale of product worth Rs 190 Lakh.

To increase the income of VDVKs, initiatives have been taken to diversify the production items for capturing more markets by including MFPs, agri based items, horti based items, medicinal plants, floriculture and others as the scheme offers huge potential of creating livelihood opportunities for the tribal beneficiaries and to ensure that such enterprises run sustainably year round, it added.