'It is a dream for a sportsperson to participate in the Olympics games and to get a medal'. 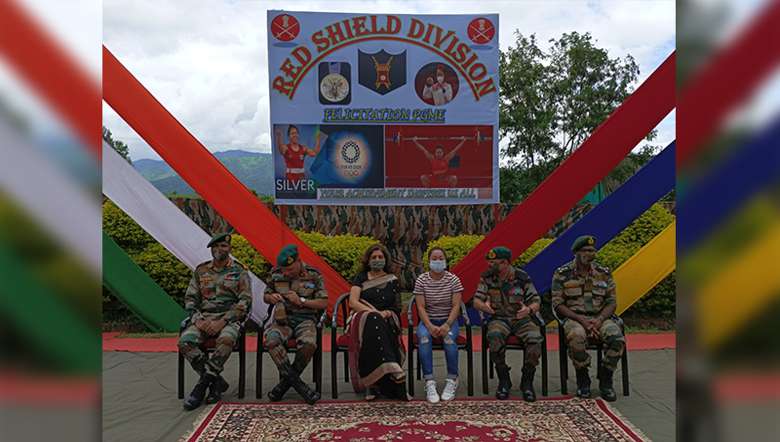 Speaking on the occasion, Mirabai Chanu said that her career in weightlifting started in 2007. In her effort to get into the Tokyo Olympics she faced many hardships, however people have been supporting in various ways. To repay the support and to bring fame for Manipur and India, she had to put more effort to win a medal in the Olympics games, she added.

“It is a dream for a sportsperson to participate in the Olympics games and to get a medal,” said the Olympic silver medallist. 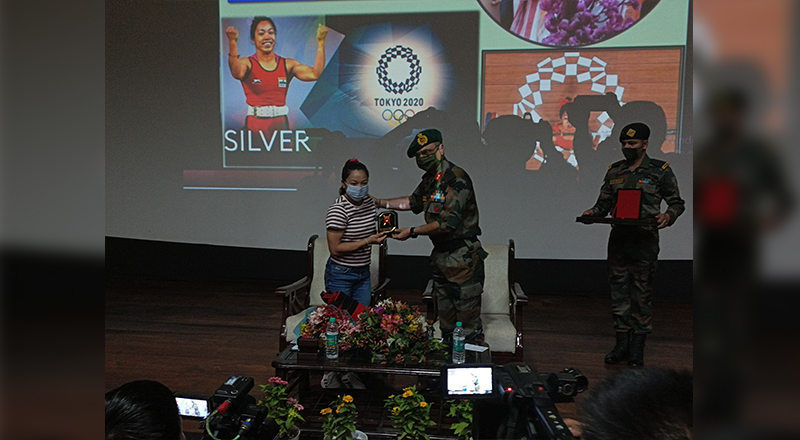 Major general Sachdeva said that the people are expecting more from the silver medallist in the near future to bring laurels for the state and country. This is the beginning and there shall be more achievement from Mirabai, he added.

The budding sportspersons should follow the path of Mirabai and put their effort at their level best to bring more achievement for the country. Moreover, it is a matter of pride that Mirabai is also a member of the Indian army, he added.

He further wished Mirabai to bring more achievement for the country in the near future.