A total of 742 more people tested positive for COVID-19 and 14 people succumbed to the disease on Friday. 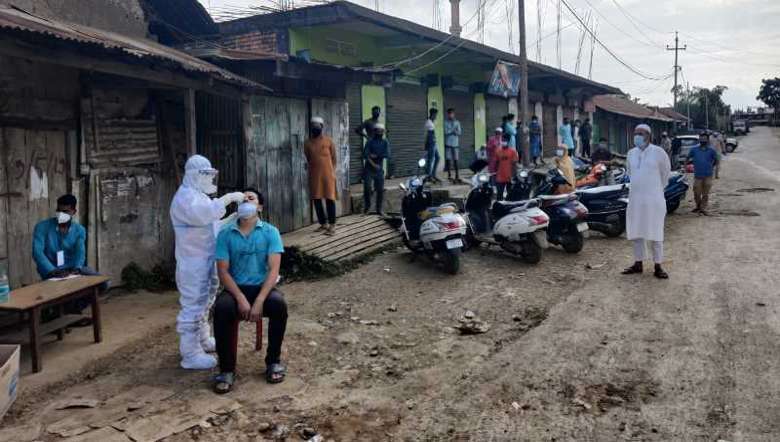 Manipur on Friday reported 14 more COVID-19 deaths and 742 new positive cases, with an alarming surge of the virus infection in the hill districts of the state, as per the latest update by the state health department.

A release from the state COVID-19 Common Control Room stated that 54 new cases are personnel of the Central Armed Police Forces. With it, the state's tally of COVID-19 confirmed cases moved up to 102,889 on Friday from Thursday’s tally of 1,02,147.

The COVID-19 death toll mounted to 1,628 from Thursday’s number of 1,614. Imphal East reported six deaths, the highest among the districts on Friday. Four deaths are from Imphal West, one from Bishnupur and two each from Kakching and Thoubal.

The release stated that of the 14 deaths, nine persons had co-morbidities and only five of them were vaccinated with first dose.

Pherzawl district which has been reporting zero COVID-19 cases reported 40 new cases, while Kamjong and Kangpokpi reported six new cases. Eighteen new cases are from Chandel, 88 from Churachandpur, two from Noney, 14 from Senapati and seven each from Tamenglong and Tengnoupal.

Thirty-one new COVID-19 cases are from Thoubal, 50 from Bishnupur, 34 from Kakching, Jiribam reported no new cases.

All necessary medical precautionary measures like containment and contact tracing are in place, it stated, the release stated.

The state also recorded 1,047 new recoveries in a span of 24 hours, taking the cumulative number of recovered cases to 92,894. The recovery rate improved to 90.28 per cent from 89.91 per cent on Thursday.

Meanwhile, a total of 1,722 D-type Oxygen Cylinders and 311 B-type Oxygen cylinders have been made available to different health institutions and health facilities of Manipur in the last 24 hours.

No of vacant beds in hospitals in Manipur

According to the release, there are a total of 195 vacant general beds and 53 ICU/HDU beds of COVID-19 in seven hospitals of Manipur.

According to a release issued from DIPR, of the total 3,547 beds available in all the district Covid Care Centres of Manipur, the total number of vacant beds as on Wednesday are 2017.