Evaluation of district courts in Manipur

The author attempts to evaluate the performance of the district courts of Manipur by analyzing the available statistical data and comparing the state's judicial performance with that of some other Indian states. 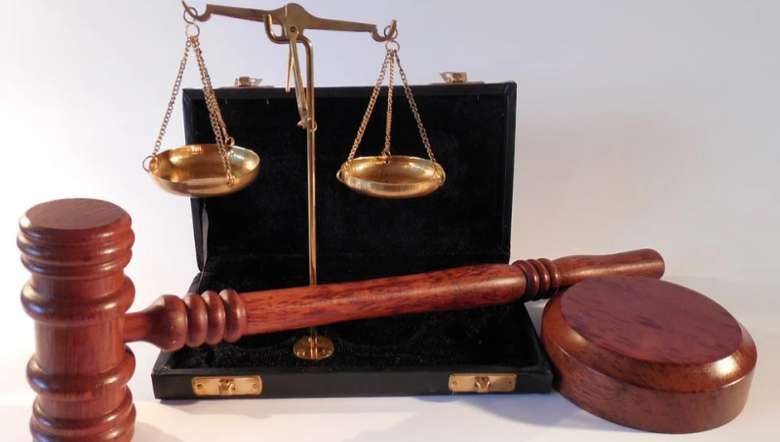 The ordinary person forms an impression about the judiciary from the working of the trial courts. The courts comprised in the district judiciary are the first point of interface with citizens. Their hopes are stuck with the subordinate courts. The trial court judges project the image of the judiciary for the ordinary person. The expression subordinate courts include all civil and criminal courts established at the district level. This paper attempts to evaluate the performance of the district courts of Manipur, a north-eastern state of India, by analyzing the available statistical data, the perspective of the Bar, the litigants' qualitative feedback, and comparing the state's judicial performance with that of some other Indian states.

The websites of NJDG and the High Court of Manipur are used to collect data for this study. Various law journals, reports, articles, and books relevant to the performance evaluation of courts in India, particularly subordinate judiciary, are also used. Semi-structured interview schedules for data collection from practicing lawyers and litigants. Thus, this study employed mixed-method research.

PERFORMANCE OF DISTRICT COURTS IN MANIPUR

Various tools for evaluating district judiciary have been developed throughout the world, encompassing quantitative and qualitative methods to assess different attributes of court services. For instance, for finding out the expedition factor, indicators like the average age of cases, the volume of backlog, and case clearance rate have been utilized. Litigants' surveys have been used to explore different aspects of real-life litigation experiences. Interviews with judges of higher courts, practicing advocates, and court officers also reveal courts' problems.

In India, there is also a system for evaluating the performance of the district judiciary, wherein a system of Annual Confidential Reports (ACRs) is used to assess the performance of judges based on various metrics. ACR is an annual performance appraisal report of a judicial officer's conduct and performance in the evaluation period to periodically judge the officer's work, behavior, integrity, and capabilities.However, this paper attempts to present a performance evaluation framework by using four approaches, namely, i) workload analysis, ii) perspective of the bar, iii) litigants' satisfaction level, and iv) relative position of district courts of Manipur with that of other states.

The year-wise statistical data of institution, disposal, and pendency of cases for six years from 2015 to 2020 are collected from the websites of the National Judicial Data Grid(NJDG) and the High Court of Manipur. The CCR is calculated using the number of cases instituted and disposed of during the relevant period. The numbers of pending, instituted, disposed of cases and CCR from 2015to 2020 are given in Table 2. The age-wise pendency of cases before the district courts of Manipur as of July 24, 2021, is shown in Table 1 below.

From the analysis of the available data, it is found thatthe number of disposal cases is more than the number of cases instituted in 2015, 2017. It also reveals that the number of disposal cases is lower than the number of institution cases in 2016, 2018, 2019 2020.It also found that the CCR in most of the years has been consistently high. It is above or near 100 percent in the study period except in 2020. However, we still found high pendency of civil cases, which infers that reform measures in civil litigation need special attention. There is an urgent need for change in outdated civil procedural law and the adoption of a case management system with the help of court managers.

PERSPECTIVE OF THE BAR

Another approach for evaluation of district court performance is to study the experiences of the Bar. Effective working of the judicial system is not possible unless the Advocates and the Judges, at every level, work in the system as complementary components for each other. The Bar is an integral part of the judicial administration. The members of the Bar directly and constantly watch the legal competence and conduct of judges. The judges must be more careful to deliver justice according to the law as well as efficiently. They can censure or criticize judges when there is a miscarriage of justice. Of the 50 lawyers surveyed, some lawyers believe that inefficiency on the part of judges is contributing to pendency. Though computerization and automation achieved through the eCourts system brought positive changes in court services, many lawyers are not thoroughly convinced about its impact on the pendency of cases. They also believed that reducing the number of vacation days of courts can profitably be used for reducing pendency. Some senior lawyers opined that continuing judicial education for judicial officers would increase their skill in the administration of justice; thereby, the efficiency of the district courts will be improved.

SATISFACTION OF THE LITIGANTS

The litigants, who came for court services, could offer first-hand information about the efficiency and effectiveness of the court services. Therefore, the views of litigants who came to the courts for legal and judicial remedies serve as an effective tool for measuring the courts' performance. How the litigants rate the district courts regarding service delivery and efficiency relating to their legal needs and expectations is worth analysis. The most contentious issue faced by litigating the public is the delay in court service. Real-life experiences of these people can directly and genuinely reflect the problems faced by them when they come to court. However, no official data is collected and published as to the difficulties faced by litigants till today. The present researcher interviewed randomly about 100 randomly selected litigants who came to district courts in Imphal West District, three court complexes, during 2019-2020. An average litigant has to wait for years to get a final verdict.As shown in Table 1 above, 32 criminal cases are pending for more than 30 years pending in district courts. The judges lost a large amount of the court's time in absenteeism and adjournments. There is an urgent need to devise practical guidelines, like hearing in the absence of lawyers, imposing fines, etc., to counter these maladies. The majority of the litigants expressed that civil litigations are not only costly but also frustrating and exhausting. They want speedy disposal of civil suits, even though they don't understand the cumbersome civil procedure.

In this section, the comparison of judicial performance, as shown below in Table 3, among small north-eastern states of India is made to know how the district courts of Manipur fared in their performance in justice delivery. For the present analysis, the researcher selected four states: Nagaland, Meghalaya, Mizoram, and Tripura.

Among these five states, the number of pending cases for more than five years is alarming in three states: Tripura, Meghalaya, and Manipur. If we consider that five years is beyond the 'normal time' for any cases, then these are arrears in district courts. In these three states, I find some cases that are still pending for more than 30 years. This picture shows that there is something wrong in our justice delivery system that needs immediate solution.However, among the small states, Nagaland and Mizoram have low pendency. There is negligible pendency of more than 20 years in these two states. The analysis suggests that the performance of district courts of Manipur is poor. Despite having similar geographical and socio-economic difficulties, district courts in very similar jurisdictions are performing relatively better.

Performance evaluation of judges and courts, however, is a comparatively less explored area for academia and policymakers in India. A relevant question that rises in this context is whether the performance evaluation of courts should also consider the performance of all associated staff, availability of adequate infrastructure, or whether it should only focus on the performance of an individual judge? This question is not satisfactorily answered till now. Undoubtedly, the performance evaluation systems indeed ensure self-improvement to enhance judges' performance and professional accountability and increase public confidence in the judiciary. Despite the modernization process and considerable investment, the results achieved to date have been below expectation. The Indian subordinate judiciary, including district courts of Manipur, needs improved performance. All stakeholders’attention is required to resolve the issue of pendency within a reasonable time frame. Older cases need to be adjudicated first. As adjournment of cases often results in pendency, any unreasonable adjournment should be avoided. Another area that needs consideration is the training of judges of the district courts. Continuing judicial training of the changing laws and precedents would enhance the efficacy of these courts. The system of recording the ACRs leaves much to be desired and needs an overhauling. Procedural law requires suitable amendments for reducing the pendency of civil cases in district courts. Every vacancy of judges and supporting staff must be filled up without any delay.