On the 6th anniversary of the ‘Framework Agreement’ which was signed between the Central government and the NSCN (I-M), the joint tribe council imposed a 12-hour total shutdown in Tamenglong. 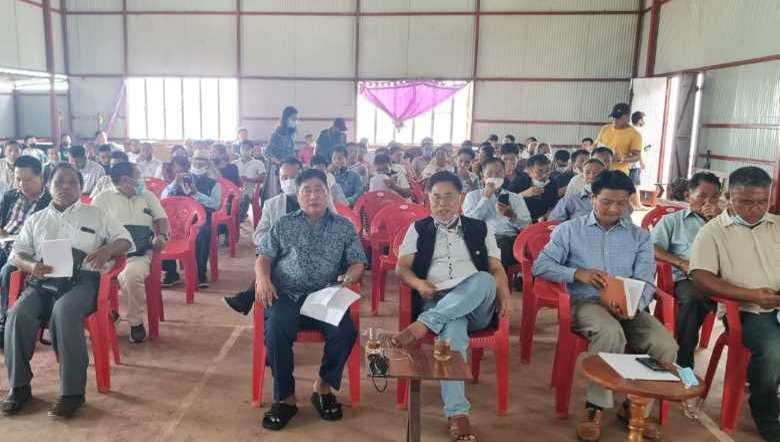 On the 6th anniversary of the ‘Framework Agreement’ which was signed between the Central government and the NSCN (I-M), the joint tribe council imposed a 12-hour total shutdown in Tamenglong.

Addressing the prime minister, the memorandum stated that “the hope of the Nagas for an honourable, lasting and peaceful solution was given a new leash of life when you became the Prime Minister of India in 2014.”

The Nagas have been praying and patiently waiting for the final political solution between the Government of India and the NSCN (I-M) which will enable all the Nagas to live under one administration, it stated.

“After the signing of the ‘Framework Agreement’, we were hoping that the final settlement, based on the competencies, would be worked out within two years. Six long years have passed and we have been told that all the major issues have been resolved.

“We hope and pray that God will give you the wisdom and sagacity to expedite the peace process and grant us an honourable, lasting solution which all the Nagas have been aspiring and fighting for over the past seven decades,” it stated.

May the Almighty grant you wisdom, statesmanship, success and long life as you continue to lead this great nation to a greater height and glory,” the joint tribe council further stated.

Meanwhile, the Joint Tribe Council on Tuesday also organised a one-day Consultation on Naga Political Issues in commemoration of the ‘Framework Agreement’.

The meeting which was well attended by people from all walks of life- including religious leaders, political leaders, civil body leaders and village level leaders declared that Inpui, Liangmai, Rongmei and Zeme people living in the present state of Manipur reaffirmed to support to the signed ‘Framework Agreement’ and called upon the parties concerned to materialise the agreement in letter and spirit.

The one-day consultation meeting also reaffirmed the commitment to strive for an early solution to Naga political issues, and reaffirmed to stand for inclusive solutions encompassing all Naga inhabited areas.