The miscreants lobbed a bomb and fired some rounds of bullets at the residence of second OC, Moreh Police Station L Premjit located at Turel Wangma, Moreh Ward No VII at around 7.50 pm on Saturday. 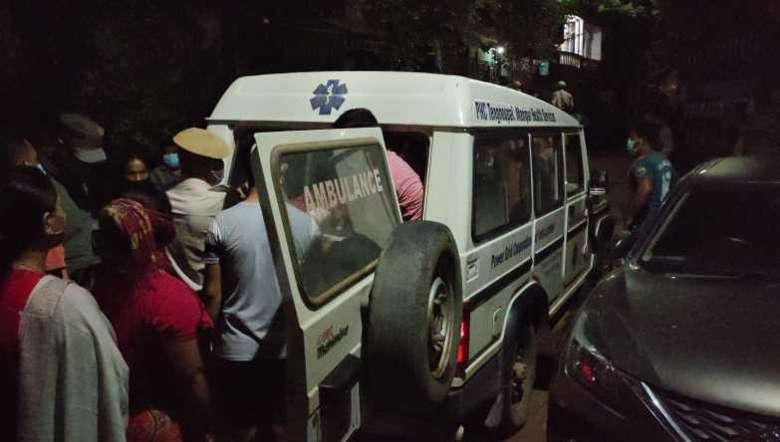 Miscreants on Saturday launched a bomb attack at the residence of a police officer in Moreh, leaving his wife and minor son injured, police sources said.

The miscreants lobbed a bomb and fired some rounds of bullets at the residence of second OC, Moreh Police Station L Premjit located at Turel Wangma, Moreh Ward No VII at around 8.50 pm on Saturday. During the incident, Laishom Babita, 36, wife of the police officer sustained injuries at her left chest and both legs while their seven-year-old minor son L Austin was hit by a splinter.

Both victims were rushed to PHC Moreh, and after receiving first aid L Austin is out of danger. However, Laishom Babita has been referred to Imphal for further treatment.

Meanwhile, Meetei Council Moreh (MCM) and All Community Development Organisation Moreh (ACODOM) in a joint statement strongly condemned the incident.  It stated that such irresponsible acts have caused panic and apprehension of animosity amongst the different communities of the town. Any organisation or individual responsible for the incident must issue public clarifications within 48-hour, failing which the two organisations along with other civil bodies and communities residing in Moreh will launch intense agitations, it warned.

Kuki Students' Organization (KSO)-Moreh block in a release also vehemently condemned the incident terming it as an act of cowardice. “The people responsible for the bomb attack should be apprehended at the earliest,” the students’ organisation added.

A release from president, Hill Tribal Council (HTC) Jangmang Haokip also condemned the bomb attack as another random display of barbaric madness. Such acts in public places are committed only by cowards who are not fit to live in a decent society, it stated. HTC further urged the various security agencies in Moreh to nab the culprits at the earliest and ensure such crimes do not recur in the border town.