There were reports circulating that more Congress MLAs will be joining the BJP along with former Congress president Govindas Konthoujam. 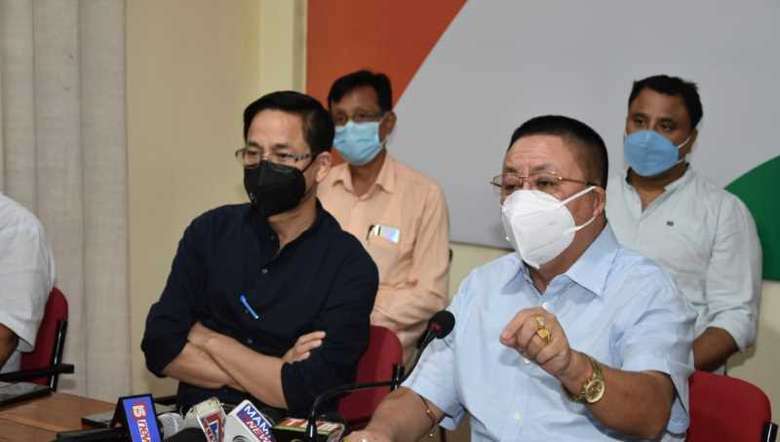 Loken also said that Chief Minister N Biren Singh's statement during reception of Govindas in BJP headquarters in New Delhi that a few Congress MLAs will also be joining the BJP in days to come is just a figment of his imagination.

Loken was briefing the media at Congress Bhavan Imphal hours after former MPCC president Govindas was given a reception at BJP headquarters in New Delhi.

Mentioning that there has been a leadership crisis in the BJP government since its inception, Loken said the same problem may be witnessed in the BJP now that a senior MLA has joined the party.

Loken claimed that he has been contacted by few BJP MLAs, who have the intention to contest the 2022 state assembly election under the Congress party.

The MPCC president admitted that there had also been a leadership crisis among the MPCC. However, he added that there will be no more such issues in the party now that the former president of the party Govindas has resigned.

It is really unfortunate the chief minister of the state who is in charge of Health has been busy in political matters rather than controlling the Covid surge in the state, he added.

Loken further said that the state BJP government is still inaugurating the incomplete projects taken up by the then Congress government rather than bringing new projects in the state.