Haryana emerged as the top team at the championships and extended their domination in the domestic boxing circuit, BFI stated. 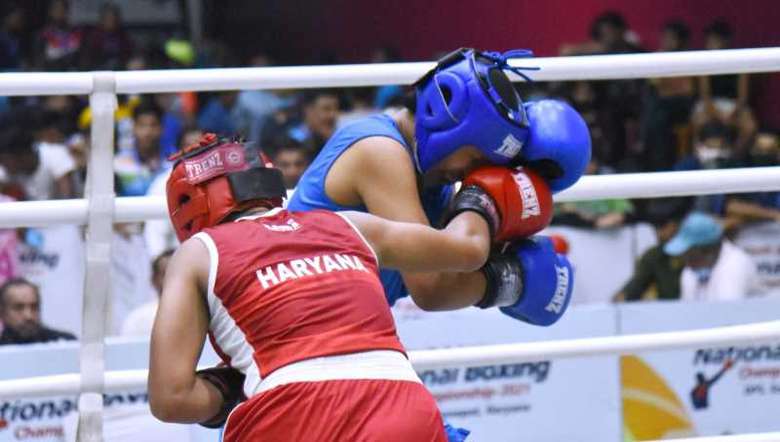 With a total of 13 medals, including three silver, Haryana also emerged as the top team at the championships and extended their domination in the domestic boxing circuit, BFI stated in a release. Earlier last week, Haryana had bagged No.1 spot at the 4th Youth Women’s Boxing National Championships, it stated.

It further stated that Muskan (46kg) set the tone for the defending champions as she outperformed Jharkhand’s Annu and secured an easy 4-0 victory in the first final of the day. Mahi Raghav also lived up to the expectations and defeated her opponent Arshdeep Kaur quite comfortably with a unanimous decision. Vishu Rathee (48kg), Tanu (52kg), Aarzoo (54kg), Aanchal Saini (57kg), Rudrika (70kg), Pranjal Yadav (75kg), Sanjana (80kg) and Kirti (+80kg) were the other Haryana girls to win gold medals in their respective categories, it added.

However, Haryana’s three other girls—Neha (50kg), Kanishka Maan (60kg), Saneha (66kg) suffered defeats in the gold medal matches of their respective categories and had to settle for silver medals, it further stated.

The fourth edition of the Junior Girls National Championships witnessed the presence of more than 200 boxers participating from across the country, it added.