The Group of Aspirants stated that after the judgment on the Manipur Civil Service Combined Competitive (Main) 2016 examination scam was quashed by the High Court of Manipur, the decision was further upheld by the Supreme Court leading to the termination of 81 candidates from their posts. 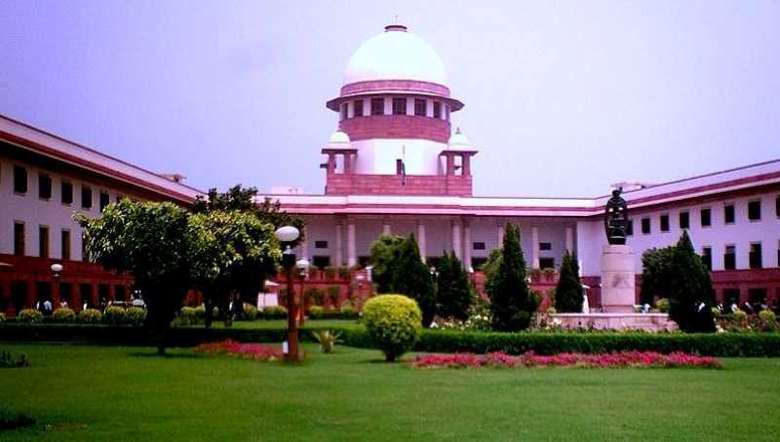 The Supreme Court of India

The state has filed a ‘special leave petition’ in the Supreme Court for reinstatement of all the 81 terminated candidates of Manipur Civil Service Combined Competitive (Main) (MCSCCE) 2016 examination to their respective posts with no conduct of the examination afresh.

In a release issued by the Group of Aspirants, Singjamei Chanam Pukhri Mapal, Imphal West, its convenor, Arbind Salam stated that after the judgment on the Manipur Civil Service Combined Competitive (Main) 2016 examination scam was quashed by the High Court of Manipur, the decision was further upheld by the Supreme Court leading to termination of 81 candidates from their posts (MCS, MPS, SDC, EO) for the first time in history of Manipur.

It further stated that the state government and some of the terminated candidates filed review petition to the High Court of Manipur, challenging its order issued on October 19, 2019 which quashed the Manipur Civil Service Combined Competitive Examination (Main) examination 2016 inter alia on the ground that second enquiry committee violated the principles of natural justice.

The said judgement was rendered solely on the findings of the second report. The review petition was subsequently dismissed by the High court of Manipur by its order issued on December 17 last year having devoid of any merit, it added.

The High Court of Manipur while dismissing the review petition castigated particularly the state government for filing the review petition stating that the state should be a neutral party and not take sides, rather strive to select efficient and meritorious candidates on the basis of an examination without any controversies as such. However, the directions of the high court seemed to have fallen on deaf ears or the state seemed to have a hidden agenda, the release said.

The state in collusion with some of the terminated candidates have now filed a special leave petition to the Supreme Court of India now challenging the order of the High Court dismissing the review petition.

It is pertinent to mention that the state hired Solicitor General of India, Tushar Mehta to argue on its behalf.

“One can only imagine as to why the state is pursuing to restore the examination which was full of illegalities and irregularities that shocked the collective conscience of the general public of Manipur. It is sad and shocking that the state instead of trying to conduct the examination afresh without any controversies have now pursued to save the tainted examination. Whether any bribe, corruption or quid pro involving high ranking officials of the state government is the reason behind such an arrogant stand of the state is anybody’s guess. The state should be well advised that it is the taxpayers’ money (people of Manipur) which is being wasted by filing innumerable such petitions,” said the group.

The group further stated in the release that the Supreme Court of India have now issued notice to all related respondents which is returnable on or before August 18 this year by its order issued on July 19 of the same year.

“The Group of Aspirants strongly believes that no good will come out if the pending matter is not resolved at the earliest. The only loss will be for the people of Manipur, especially the candidates (both selected and non-selected),” it added.

“It is quite unfortunate on the part of the MPSC that it (MPSC) failed to send its advocate on July 19 this year despite being informed from our sides on two different occasions to the MPSC secretary himself and this has caused another delay we believe,” said the group.

The group appealed to all the parties not to play delay tactics in the future as it will only ruin time, energy, money as well as career of the many aspirants. It also appealed to the general public of Manipur to continue giving moral and financial support further as before so that the utmost deserving candidates could be selected to serve the people of the state and to run the administration of the state in an effective and efficient manner.