In this column, the author deals with the issues of surging delta variant, waning immunity (after infections and vaccinations), possible need for a booster (third) vaccine dose, and signs of an incipient third wave. 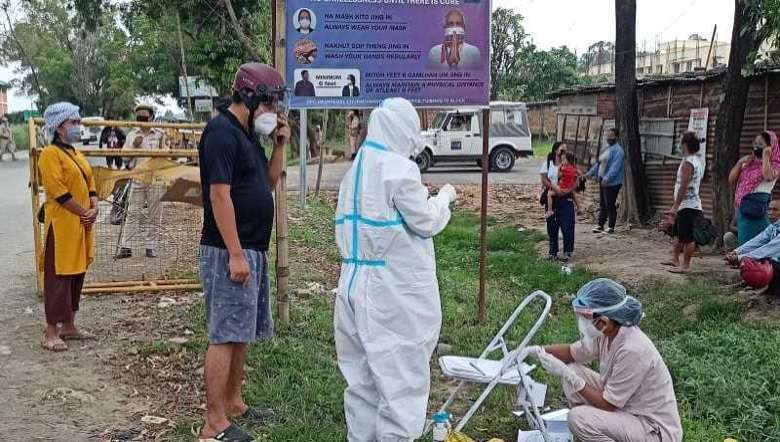 As of July 30, 2021, the Delta variant has spread to 132 countries, according to the WHO chief (UN News, July 30, 2021). About four million new cases globally were reported to WHO in the last week. The total number of COVID cases worldwide is expected to cross 200 million in the next two weeks.

The number of worldwide deaths jumped 21 per cent over the past week, according to WHO. Most of the 69,000 deaths reported in the past week were in the Americas and Southeast Asia. The number of cumulative deaths globally has crossed four million.

The highest number of deaths per 100,000 population of 2.8 and 1.1 new deaths were recorded in the Americas and Southeast Asia respectively. Over the past week, the highest number of new COVID-19 cases were reported from the US, Brazil, Indonesia, Britain and India (https://thefederal.com/; last accessed, July 31, 2021).

Why is the delta variant so concerning?

Delta variant more transmissible than the viruses causing MERS, SARS, Ebola, common cold, seasonal flu, and smallpox. According to Dr Rochelle Walensky, Director, CDC, the delta variant is as contagious as chickenpox and also cause more severe disease. As per several studies, delta binds human cells more strongly leading to increased viral replication inside many target human cells. This causes increase in viral loads in the infected persons. Some reports claim that the viral load in persons infected with delta is 1,000 times higher compared to people infected with the original coronavirus.

High community spread has probably led to emergence of dangerous variants such as delta (www.mentalfloss.com/; last accessed, July 31, 2021). The more people the virus infects, the more chances it has to mutate. As the virus infects human cells and replicates its genetic material, small mistakes may occur in the copying process, giving rise to mutants.

According to a study done by Pfizer company which is yet to be peer-reviewed, the Pfizer vaccine's effectiveness was highest between one week and two months after getting the 2nd dose. It declined about 6 per cent very two months, dropping to approximately 84 per cent effectiveness after four to six months of receiving the 2nd shot (www.cnbc.com/; last accessed, July 31, 2021). The study included approximately 44,000 people vaccinated with the Pfizer vaccine in US and other countries.

The University College London (UCL) Virus Watch Study also found that neutralising antibodies generated by 2 doses of AstraZeneca (CoviShield in India) and Pfizer vaccines started to fall as early as 6 weeks after the 2nd jab, in some cases dropping more than 50 per cent over the course of about 10 weeks.

The UCL team analyzed blood samples from 605 vaccinated people in their 50s and 60s. They found that antibody levels from a double dose of Pfizer vaccine generated far more antibodies than two shots pf the AstraZeneca vaccine (The Guardian, July 22, 2021).

However, more detailed studies are needed to decode the full implications of immunity decline as antibody is just one component of the human immune system. There's also the cell-mediated immunity comprising of memory B and T cells that "remembers" an earlier infection and can quickly elicit an antibody response if the virus that infected earlier invades the same individual for the second time.

As immunity against COVID-19, especially infections by the delta strain, declines over time, some countries have already started seriously considering administering 3rd jab (booster shot) to their citizens. Israel plans to start giving booster shots to people over the age of 60 (www.cnbc.com/; last accessed, July 31, 2021). The booster vaccination programme is slated to begin on Sunday, August 1, 2021.

Several nations have identified priority groups to be given third shots. These include those who were vaccinated in the early phase, e.g. January 2021; clinically vulnerable adults; people who are 70 or older; people living in residential care homes for older adults; and immunocompromised individuals who received the AstraZeneca vaccine etc.

According to Dr. Laurie Garrett (foreignpolicy.com/; last accessed, July 31, 2021), the biology of the delta variant has made mass vaccination an urgent necessity. According to her, the science says that everyone needs a booster shot as soon as possible. On the other hand, the WHO says that rich countries must focus on sharing vaccines with poor nations so that the pace of vaccination is increased in impoverished countries, instead of prioritizing administering booster doses to their citizens. This is rather a tricky issue that embroils science, epidemiology, ethics, and politics etc.

Second, the case numbers are not falling. For the last few days, the number of new infections in India has remained close to 40,000. On the other hand, the pace of vaccinations in the country isn't picking up in tune with the steady number of infections and possible third wave due to delta or another contagious variant (www.livemint.com/; last accessed, July 31, 2021).

These are possible warning signs of an impending third wave in India. The only comforting finding is that of the fourth ICMR serological survey. It indicated that about 67 per cent of Indian population have been exposed to the virus and have antibodies against it. However, the moot point has how widespread was the representation of various regions in the survey, especially the North East. Kerala had just 44% of population with exposure to the virus. In any case, over 400 million Indians still are vulnerable to SARS-CoV-2. Also, as discussed before, the immunity from either infections or vaccinations may be transient and may not last beyond a few months.

Dr Randeep Guleria, AIIMS Chief, opines that waning immunity, emergence of more transmissible variants, easing of restrictions and Covid-inappropriate behaviour are the likely causes of a third wave. He also hinted at the need for  a booster dose of a 2nd-generation vaccine for India (Times Now, July 24, 2021). He says that trials of bosster vaccines are underway and most probably India may start using booster shots by the end of this year. He also adds that Zydus Cadila and Bharat Biotech vaccines for children may become available before the end of this year (BB's covaxin trials for children may be completed in September 2021).

Speeding up vaccinations in a big way.

Genomic sequencing of a subset of positive cases and surveillance of the variants including the delta variant: which COVID strains are there in Manipur, where are they, and where are they moving towards.

Strengthening of healthcare infrastructure such as construction of new COVID hospitals.

An editorial in the prestigious medical journal, The Lancet Microbe (Jan. 1, 2021) says, "Vaccines will be instrumental in the control of COVID-19, but their global distribution will be challenging and their effect won't be immediate."

We must religiously follow the protocol of 'test, track, and treat' for months to come. If possible, the public health authorities must take steps to prevent large gatherings such as weddings and death ceremonies, music concerts, and large meetings.

The 'hoi polloi' must voluntarily practice the 3 Ws (watch your distance, wear your masks, wash your hands frequently) and avoid the 3 Cs: crowded places, closed contact settings, and closed spaces.