IFP Editorial: Manipur still remains the sports powerhouse of India which is exactly why PM Modi gifted the National Sports University to the state. Whether we are turning this opportunity into our advantage or are the NSU authorities doing justice to the gift is another question altogether. 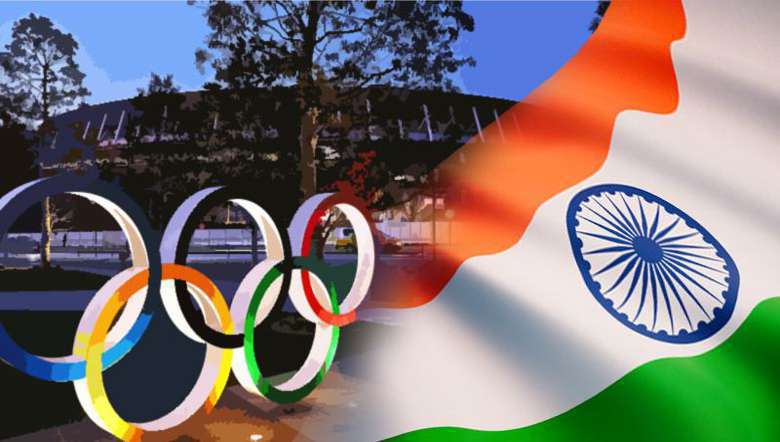 Today at Tokyo Olympics, the Indian contingent will be led by flag bearers Manipur’s own M C Mary Kom and Manpreet Singh in the opening Ceremony. The six-time world champion and Rajya Sabha MP Mary Kom would also be leading the charge of the Indian Boxing brigade. Besides three individuals including the illustrious Mary Kom, Manipur is represented by S Nilakanta Sharma and Sushila Chanu Pukhrambam in the men and women hockey teams respectively. The other two individual athletes are Saikhom Mirabai Chanu in weightlifting and Sushila Likmabam in Judo. Sushila Likmabam is the lone entry in Judo event from the Indian contigent. India's weightlifting fraternity is putting its weight behind Mirabai Chanu to secure India's best ever performance at Tokyo Olympics. Five years ago, Mirabai Chanu’s world came crashing down in Rio after she had five of her six lifts ruled invalid. This year, the 26-year-old weightlifter from Manipur is determined to compensate for having frozen up on the big day, when she takes the Tokyo Olympics dais on July 24. Considered to be one of India’s strongest medal contenders this time, Mirabai Chanu’s main challenger on the big day is likely to be China’s Hou Zhihui. The stakes, however, have risen in the last five years for Mirabai, who is now ranked second in the world in the 49-kg category.

Indian judoka Shushila Devi Likmabam has been handed a tough draw at the Tokyo Games as she will open her maiden Olympic campaign against 2012 London edition bronze medallist Eva Csernoviczki of Hungary in the round of 32 on Saturday. The 26-year-old is India’s lone representative at the Tokyo Olympics from judo and will face home favourite Funa Tonaki, a 2017 world champion, if she manages to cross the opening hurdle. Sushila, who competes in the 48kg category, had qualified for her maiden Games via continental quota. Beginning with the first Manipuri Olympian P Nilakamal in 1984 Los Angeles Olympics, this tiny state has representation in the Olympics in various disciplines with a total of four athletes in 2012 London Olympics.

As an encouragement to athletes from Manipur who are going to take part in 2020 Summer Olympics in Tokyo, Chief Minister N Biren Singh had announced a cash award of Rs 1.2 crore to gold medal winners, Rs 1 crore to silver medal winners and Rs 75 lakh to bronze medal winners. The chief minister made the announcement on Monday as he launched the Tokyo Olympics #Cheer4India campaign in Manipur to motivate the athletes representing India. In 2018, the cash awards for Olympic participants was enhanced to 1 crore for Gold medal, 75 lakh for silver, 50 lakh for bronze and 10 lakh rupees for participation. All of Manipur prays for the success of our Manipuri players and IFP also pray for the same.

We are indeed fortunate that both the Chief Minister N Biren Singh and Sports Minister Letpao Haokip are former footballers whose interest in promotion of sports has not waned. Remember, the annual budget allocation for the Youth Affairs and Sports (YAS) department was increased to Rs 100 crore in the 2019-20 fiscal. The sizeable hike was to enable further development of sports infrastructure and hiring of coaches from other states and countries. The budget allocated for youth affairs and sports in the 2018-19 fiscal was Rs 75 crore. No doubt about it, Manipur still remains the sports powerhouse of India which is exactly why Prime Minister Narendra Modi gifted the National Sports University to the state. Whether we are turning this opportunity into our advantage or are the NSU authorities doing justice to the gift is another question altogether. The state is doing quite well in the national front, and even at the international front what with Bala Devi earning the No 10 jersey and shining in the Scottish League and being named Footballer of the Year by AIFF, while Suresh Wangjam as Emerging Footballer of the Year. Manipur has given India world champions in boxing and weightlifting, as well as footballers of national stature and acclaim. The most famous - from the 90s onwards, Renedy Singh and Gouramangi Singh Moirangthem, from the last decade Udanta Singh and the U-17 goalkeeper Dheeraj Singh Moirangthem.