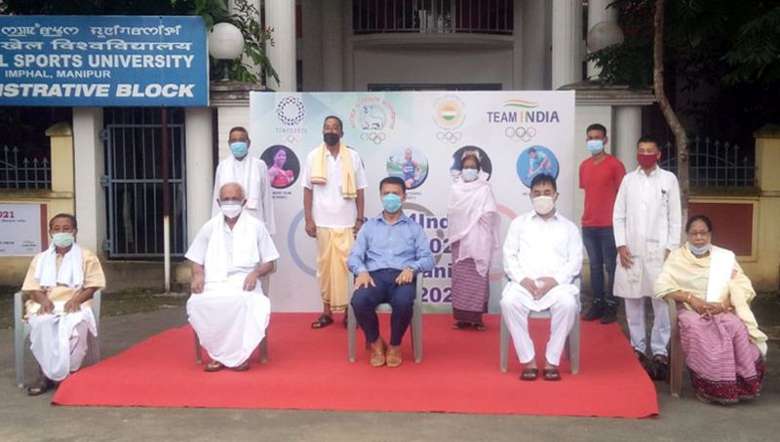 Manipur Olympics Association (MOA) organised a mass prayer ceremony for the success of the five Tokyo-bound Olympians from the state at Khuman Lampak Sports Complex on Wednesday.

The event witnessed the participation of family members of the athletes along with MLA of Khangabok assembly constituency and president of MOA Th Radheshyam.

During the event, Th Radheshyam said that the performances and fame of the five players will serve as inspirations and will instil a love for sports amongst the younger generation. They will be the torch bearers for a whole new generation of sportspersons in the state, he said.

Meanwhile, a release from MOA stated that Th Radheshyam along with other members of the association extended their best wishes to the five athletes from Manipur who will be taking part in the 32nd Summer Olympics Tokyo.

“May victory be yours on the podium for glory and laurels of the country and Manipur as well,” MOA added.