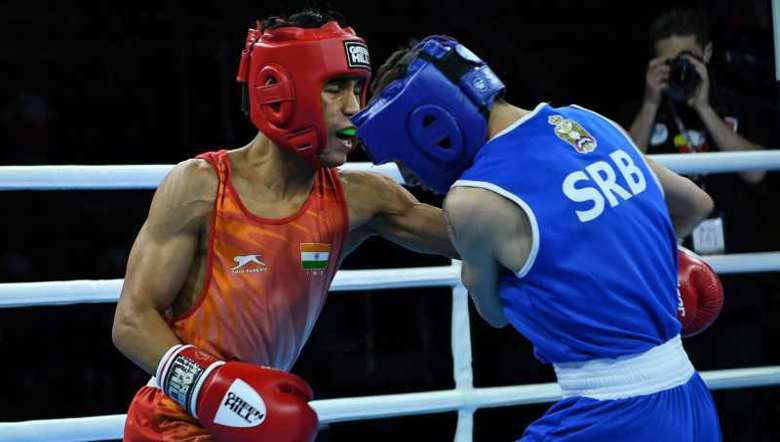 Youth World Championships bronze medallist Bishwamitra Chongtham made his way into the men’s 51kg pre-quarterfinals stage on the second day of the Youth Men’s and Women’s National Boxing Championships at Delhi Public School (DPS) in Sonipat on Monday.

Bishwamitra, representing Services Sports Control Board, outshined Manipur’s Jackson Pukhrambam 5-0 in the opening round match, the Boxing Federation of India (BFI) stated in a release.

The fourth edition of the Youth Men’s and Women’s National championships, which marked the return of domestic boxing action in India post COVID-19 pandemic, was inaugurated by secretary general, Boxing Federation of India (BFI), Hemanta Kumar Kalita in presence of other local dignitaries, BFI stated.

BFI thanked DPS, Sonipat profusely for allowing them to conduct the championships and permitting players to stay at their campus.

Delhi boxers Himanshu Rawat and Lakshay also progressed into the next round with identical 5-0 victories in their respective categories. Playing in the flyweight 51kg, Himanshu defeated Jharkhand’s Bikas Sahis while Lakshay (57kg) also made light work of Jharkhand’s Ved Prakash Pandey to notch-up a convincing victory at the championships which has been witnessing participation of 300 men and 179 women boxers, it added.

It stated that the second day of the championships witnessed 72 and 36 bouts being played in the men’s and women’s section respectively.