The arms and ammunition were found packed in a polythene bag which was buried inside the earth at the forest near Khomunnom village. 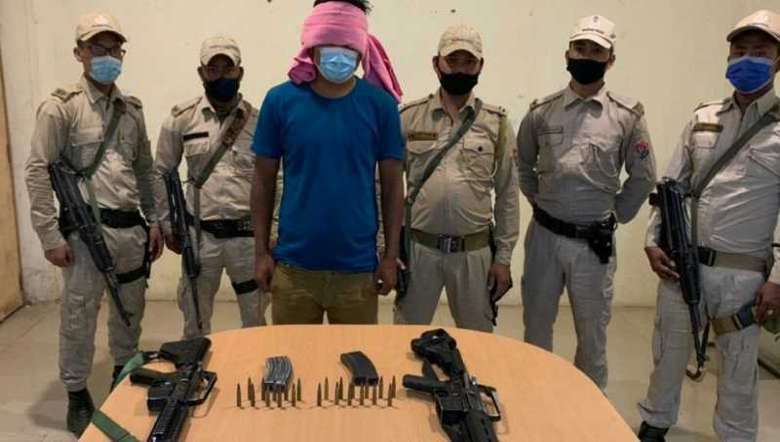 An accused in the double murder case of Lhungtin village was arrested and two assault rifles and ammunitions seized on Saturday, police sources said.

A special investigation team led by additional superintendent of police (Law and order), Kangpokpi district, Thangkhochon Haokip under the supervision of Karthik Malladi, Superintendent of Police, Kangpokpi district, arrested Lenjagin from his hideout in a forest near Makokching village under Saikul Police station. He was arrested following an FIR No. 6(4)2021 SKL PS u/s 302/34 IPC & 25 (1-C) Arms Act.

The arrested person and the seized items were handed over to Saikul police station for further legal actions.