The consignment contained 500 kg of ‘Queen Pineapple’ and another consignment of the same quantity will be dispatched soon. 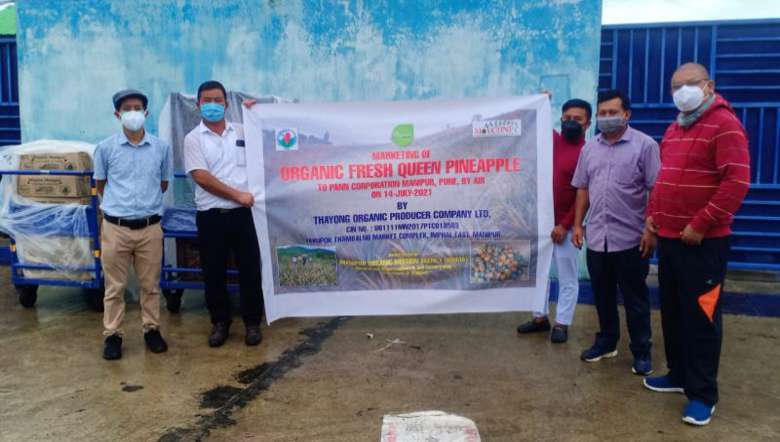 With the initiatives to avoid losses incurred by the involvement of middlemen while selling farm produce, the Manipur Organic Mission Agency (MOMA) airlifted 500 kilogram of organic ‘Queen Pineapple’ to Pune on Wednesday.

The initiative was taken under the guidance of Chief Minister N Biren Singh to promote the state farmers.

The ‘Queen Pineapple’ is one of the varieties of pineapple which is produced by Thayong Organic Producer Company Limited from Yairipok and it was airlifted for ‘Keithel’ an outlet under Pann Corporation, Pune.

MOMA project officer, L Jeebit said that the initiatives are being taken up by farmers under a company formed by them. The initiatives will avoid losses incurred by the involvement of middlemen in the standard business process. The consignment contained 500 kg of ‘Queen Pineapple’ and another consignment of the same quantity will be dispatched soon, he added.

Thayong Farmers Producer Company chairman, Hijam Dhiren expressed his gratitude to MOMA for the initiative and assured that more products would be sent across the country as there is a high demand of the Queen variety of pineapple.