Of beef and food habits

IFP Editorial: What the general population in this region called Northeast India should really be concerned is the Assam Cattle Preservation Bill, 2021, a legislation which seeks to ban interstate transport of cows through Assam in order to control their smuggling to neighbouring Bangladesh. 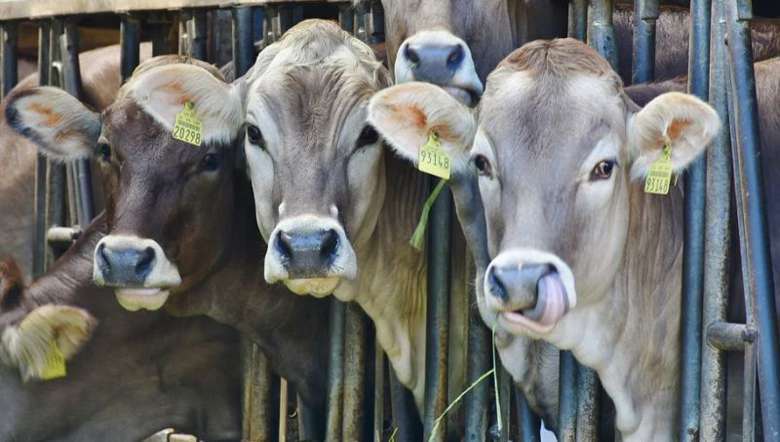 Recently, a Muslim BJP activist in Manipur was trolled in the social media for trying to paint a general directive of the government on animal slaughter as a fake document. Perhaps, he thought his post would cool down frayed tempers among the Muslim population of the state. The state government had simply instructed Superintendents of Police in all districts to strictly implement the Animal Welfare Laws to stop illegal slaughter of animals in view of the upcoming Bakrid festival which will be celebrated between July 19 and 21. Every year during the festival of Eid al-Adha, Muslims around the world sacrifice an animal — a goat, sheep, cow or camel — to reflect Prophet Ibrahim's (Abraham) willingness to sacrifice his son Ismail (Ishmael) after Allah (God) instructed him to in a dream. The directive followed a letter from the Secretary, Animal Welfare Board of India, Ministry of Fisheries, Animal Husbandry, Dairying of Government of India to all state governments. It not only asked states to implement the Animal Welfare Laws but also to take stringent action against the offenders violating the animal laws namely PCA Act, 1960; Transport of Animal Rules, 1978; Transport of Animals (Amendment) Rules, 2001; Slaughter House Rules, 2001, Municipal Laws and Food Safety and Standards Authority of India for slaughtering of animals during the Bakrid festival. All in all, it was a general directive aimed at ensuring prevention of cruelty to animals and nothing more. Yet, the said activist’s post created an unnecessary furore in the social media.

What the general population in this region called Northeast India should really be concerned is the Assam Cattle Preservation Bill, 2021, a legislation which seeks to ban interstate transport of cows through Assam in order to control their smuggling to neighbouring Bangladesh. The Bill seeks to stop the transport of cattle from any place within Assam to places outside the state “where slaughter of cattle is not regulated by law”. The transport of cattle from places outside Assam to any place within the state will also be banned by the legislation. Further, movement of cattle from one place within the state to another located in Assam will also be restricted. Assam is the main gateway to the northeast region and apart from cattle all other goods coming from other parts of the country enter through the state. The cow protection Bill is likely to affect supply in other states in the region where beef is consumed. Once enacted, Assam would join other BJP-ruled states like Uttar Pradesh, Madhya Pradesh and Karnataka, which have similar legislation to protect cows. Assam’s Himanta Biswa Sharma in his new avatar as the Chief Minister might have the cause of Hindutva and the sacred cow in mind, but his failure to understand the sensibilities of other Northeast people and their food habits in entirety is a disappointment.

Reacting to the legislation, opposition parties in the state and minority organisations said that the Bill could led to communal tensions and also affect the livelihood of many involved in the cattle trade business legally. The All Assam Minority Students’ Union (AAMSU) said that clauses such as ban on the sale of beef within 5 km radius of temples seem illogical and were included with the intent to target Muslims. If such a ban is imposed for beef, some could suggest similar restrictions on the sale of pork near mosques, it said. One must not forget that, not only Muslims but most of the tribal population consume beef in Assam and the entire Northeast. Meghalaya Chief Minister Conrad Sangma said last week that it will take up the issue with Centre as the new law affects supply of beef to the state. The Nagaland Congress had termed the proposed bill as a threat to Northeast’s inherent trade and food habits. Its statement said, one cannot simply change one’s culture to suit the mainland. Time and again, the Northeast people had been harassed in the mainland for its food habits including the fermented varieties. Now is the time to unite and say there is a Lakshman Rekha for everything.