The arrested persons along with the seized items were handed over to Irilbung police station for further necessary legal action. 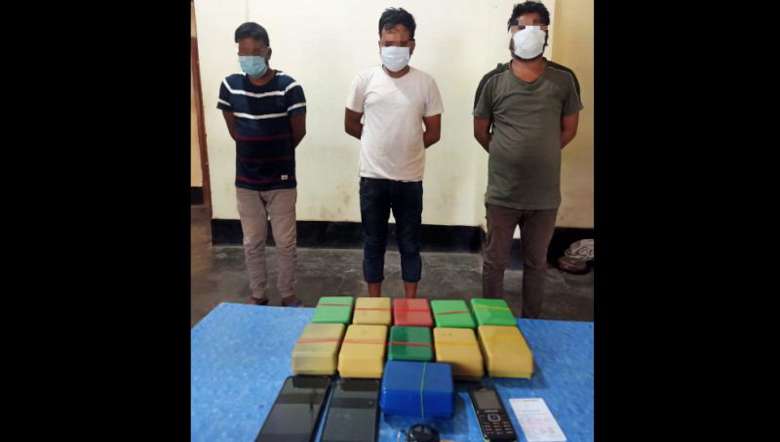 A team of Imphal East district police arrested three drug traffickers while 150 gm of heroin powder were seized from Kyamgei Shantipur on Wednesday.

Upon receiving reliable information of the movement of drug traffickers, the district police team led by SDPO, Porompat police station and under the supervision of SP, Imphal East rushed to Lilong Kaleikhong area.

When the police team reached the location at about 1.30 pm, they spotted a four wheeler (Honda Ciaz) bearing registration number MN06LA-8818 and signalled it to halt, but instead of stopping, the car tried to escape from the police team. However, the police team managed to stop the car.

Further examination of the vehicle revealed 11 soap caps containing suspected heroin powder and weighing 150 gm along with one purse containing Rs 1,180 and two smartphones. The items were seized from their possession and the four individuals were arrested on the spot.

It is estimated that the seized drugs would be worth about Rs 30 lakh in the international market.

The arrested persons along with the seized items were handed over to Irilbung police station for further necessary legal action.